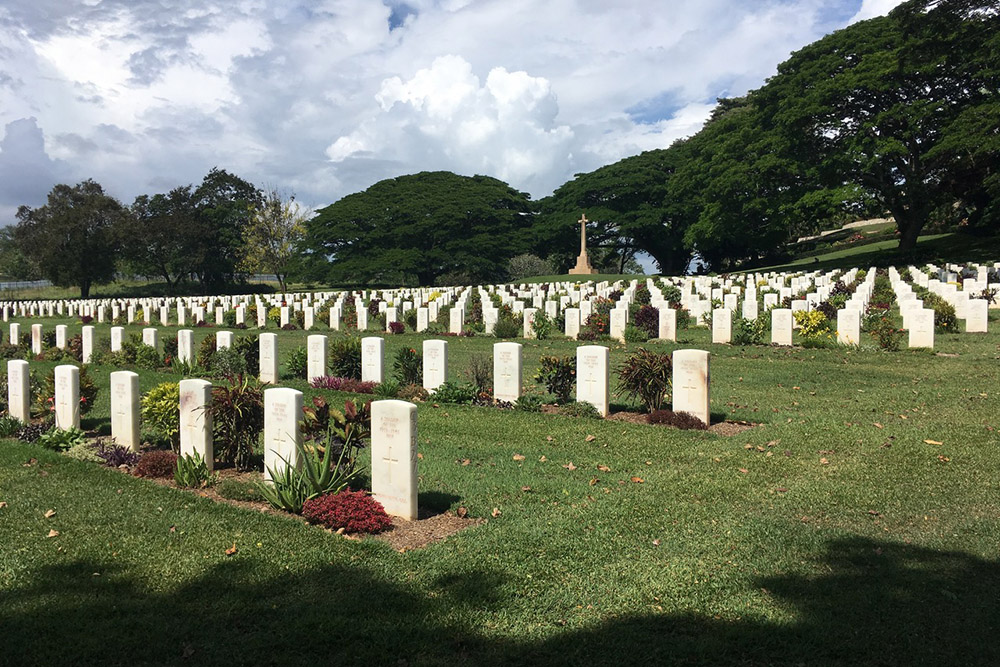 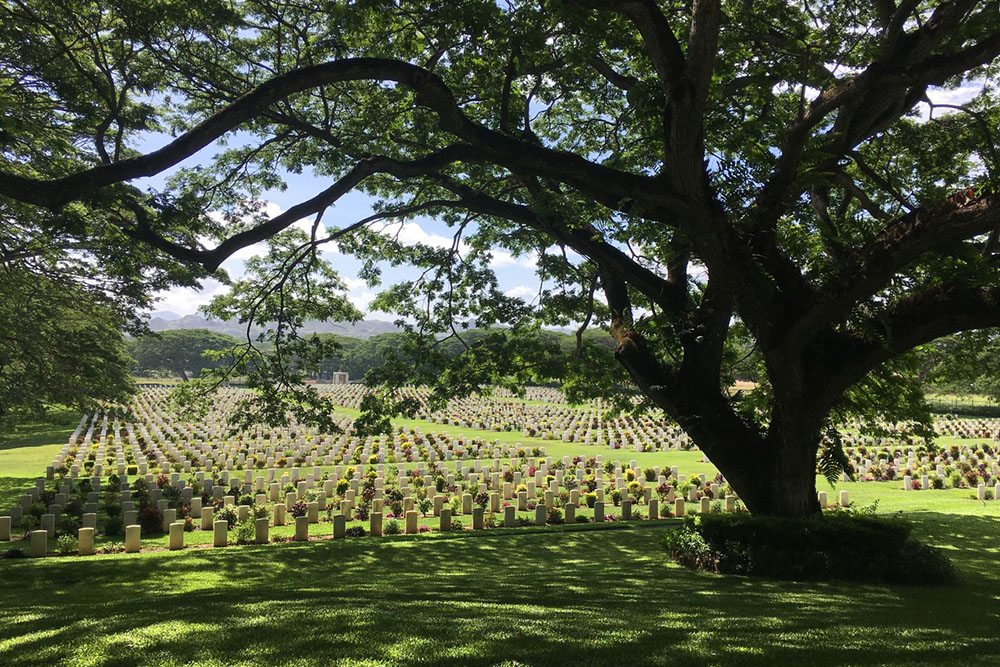 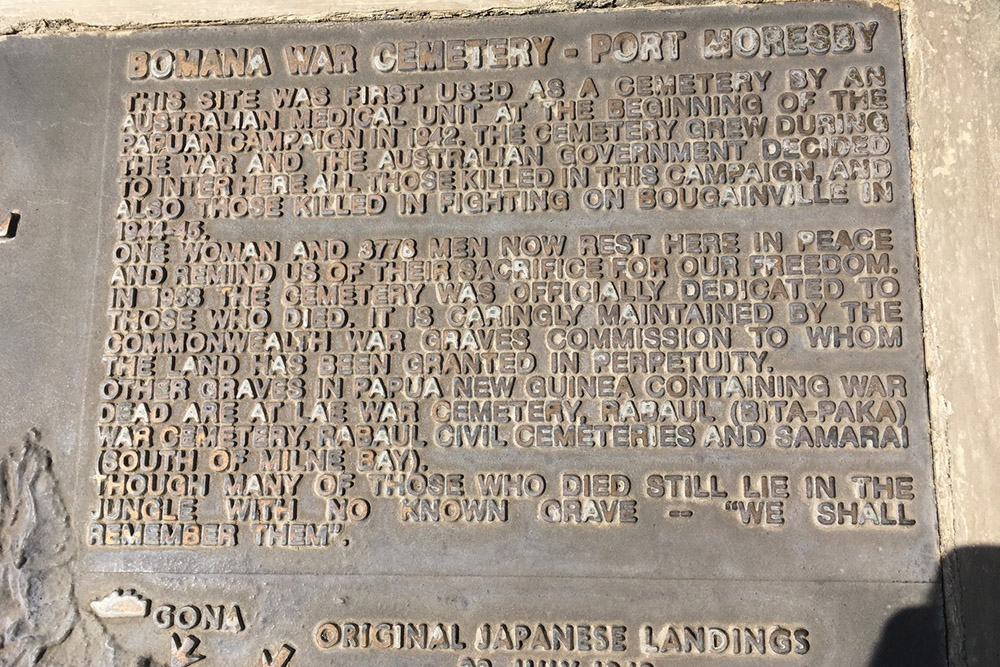 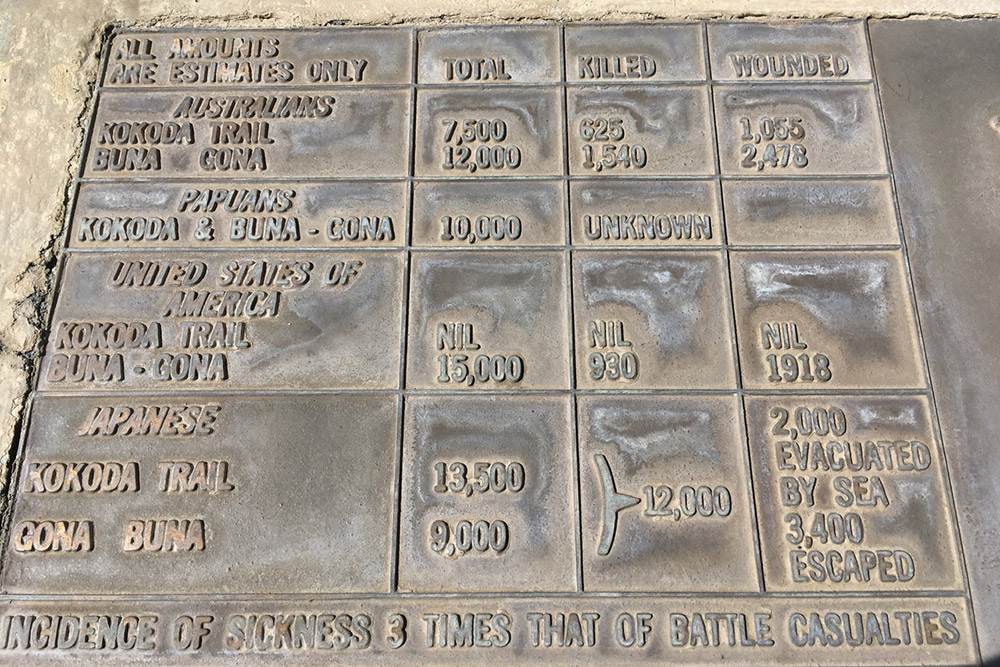 The graves are brought together from the surrounding area. The cemetery consolidated the dead from many battles that raged across New Guinea (mainly Papua and Bougainville), which began with the Japanese invasion of the main island in July 1942. Other casualties died in prisoner-of-war camps or as forced laborers. There is also a Dutch war grave.

Located just outside the downtown of Port Moresby, Bomana War Cemetery is one of the few World War II memorial visitors can see in the capital city of Papua New Guinea.

Peter FitzSimons, a popular historian, published his best-seller "Kokoda" in 2005. But there are many others on the land campaign, from the Australian perspective, in New Guinea.

Symbolically, Bomana marks either the end or the beginning of the Kokoda Trail. 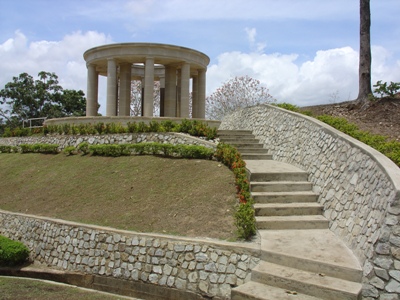 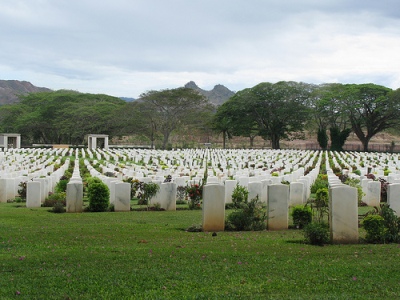