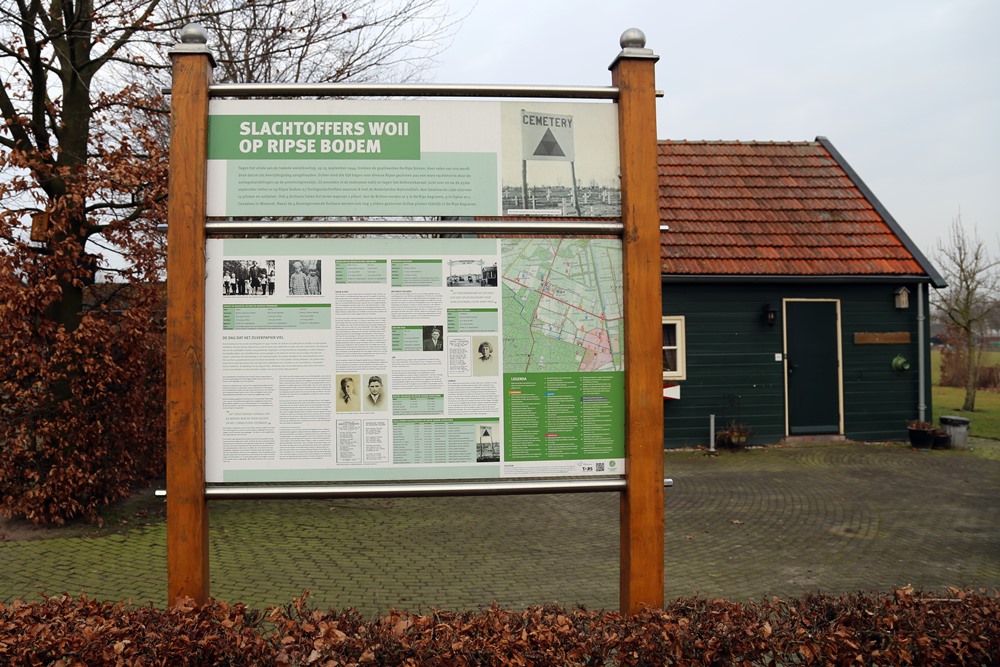 This board gives detailed information about the WW2 victims on De Rips soil. Text on the board:

"Towards the end of the Second World War, on 25 September 1944, Allied forces entered De Rips. This was for many liberation day. However, a number of De Rips families were caught in a true nightmare due to fighting on the provincial border. They lived in the nearby Jodenpeel and along the Defensiekanaal. 28 persones (including 8 with Dutch nationality) were killed in De Rips before and after 25 September. Allied forces lost 15 pilots and soldiers. The Germans lost 4 men, including one pilot. Of the British casualties, 5 were buried in De Rips, 9 in Oploo and 1 Canadian in Woensel. The German soldiers earlier mentioned and 3 others were temporarily buried in De Rips"