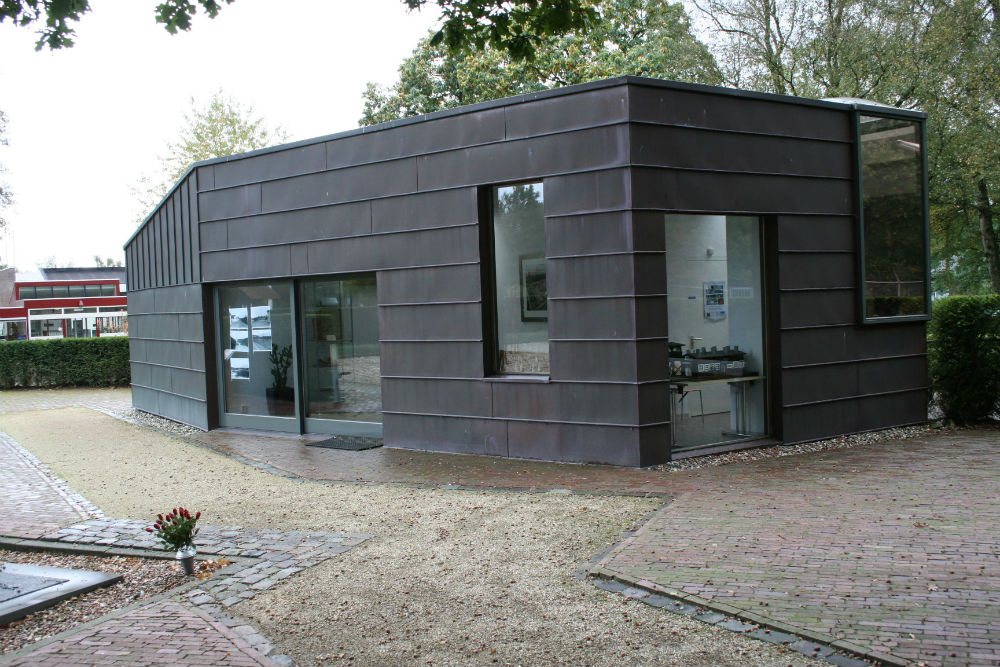 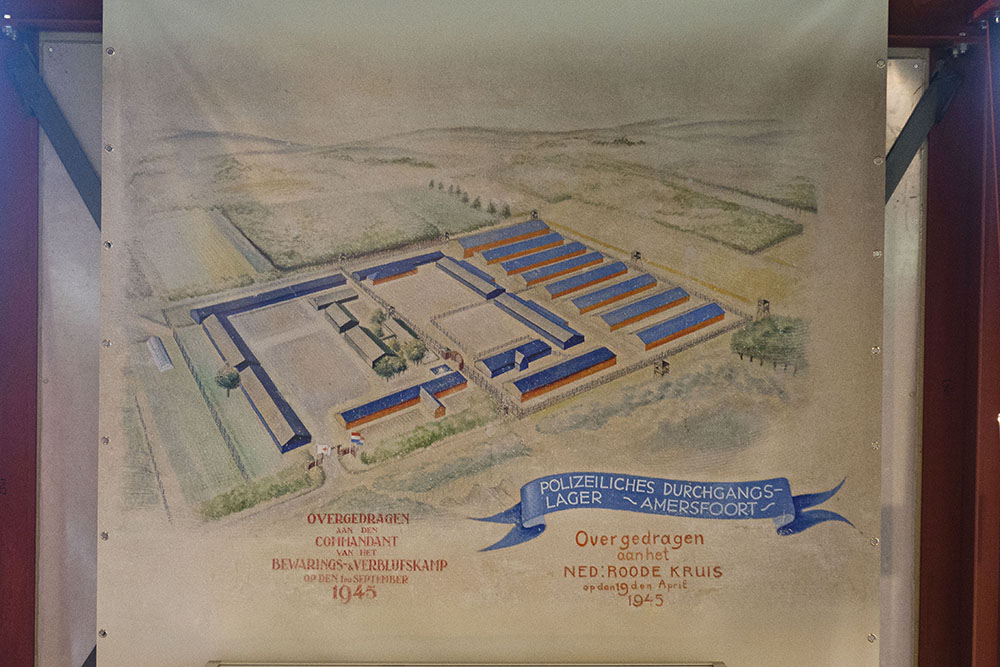 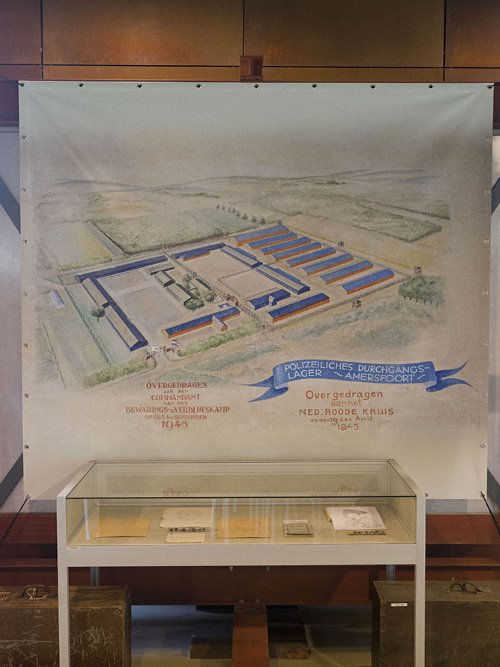 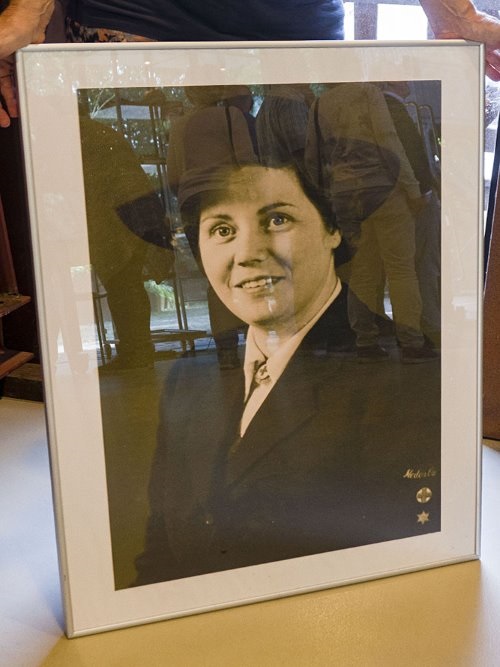 Behind the entrance to Camp Amersfoort is the museum and memorial building.

The building is a permanent exhibition of objects and relics from Camp Amersfoort during the Second World War.
In the above photos is a mural which was made by prisoners as ordered by the commandant.
The prisoners look healthy and content because he wanted to show that life in Camp Amersfoort was not bad at all and that the prisoners spent their time usefully.

A picture of Loes van Overeem is shown. She was a nurse of the Red Cross who saved prisoners by declaring them sick, so they could be transferred to the hospital barracks.

There is also a miniature rose garden to view.

The statue photographed was made by Jacques Kopinsky, an 18 year old Jewish boy who ended up in Kamp Amersfoort.

He survived the war but was, like many other prisoners, psychologically affected by his stay in Camp Amersfoort.
After the liberation of the camp he made the statue and recorded his experiences in Camp Amersfoort in other artworks. 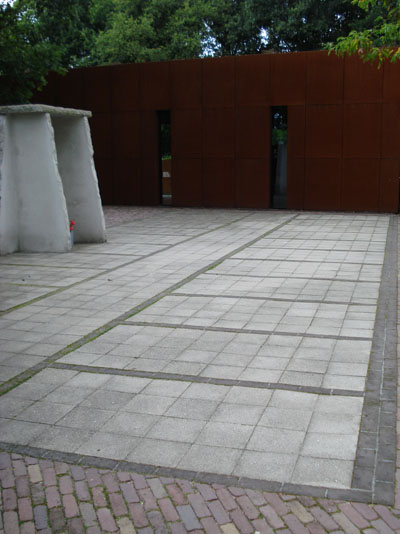