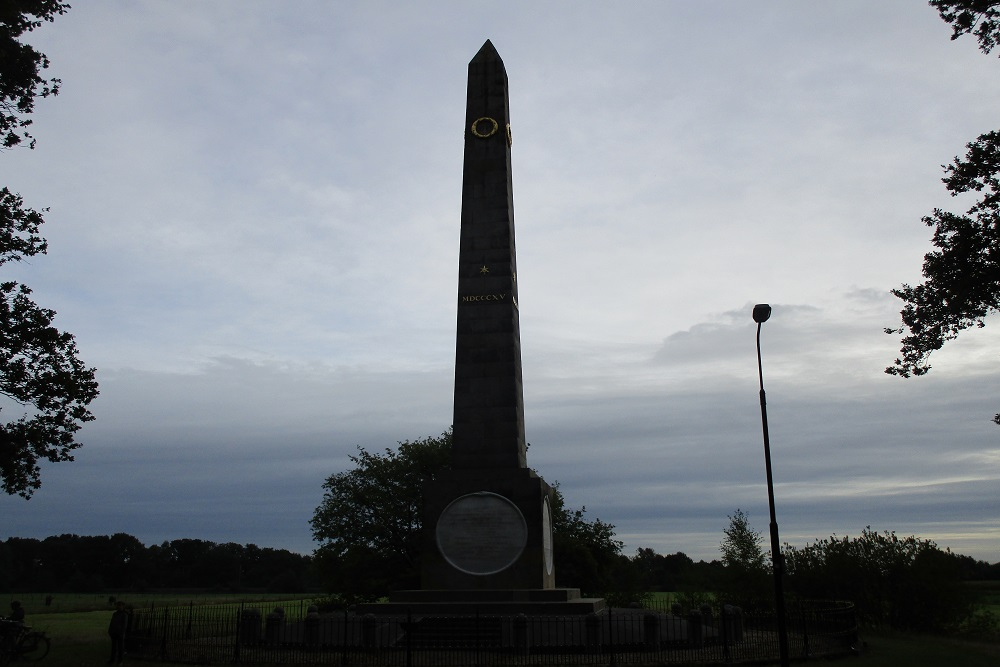 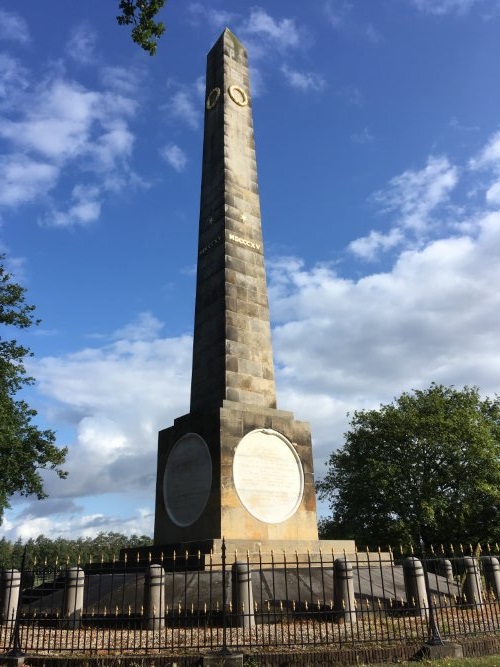 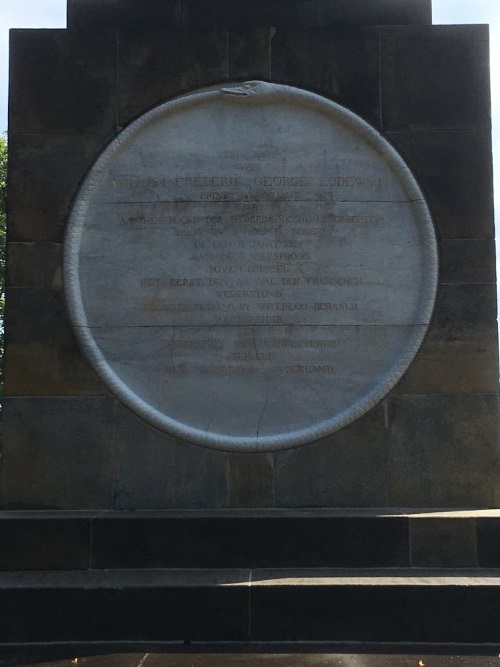 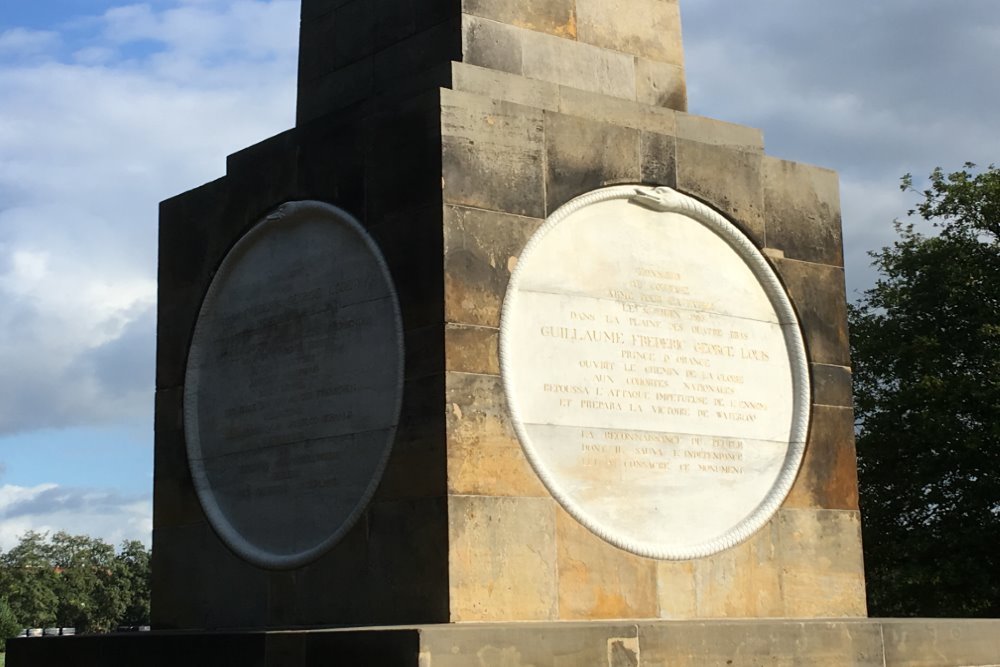 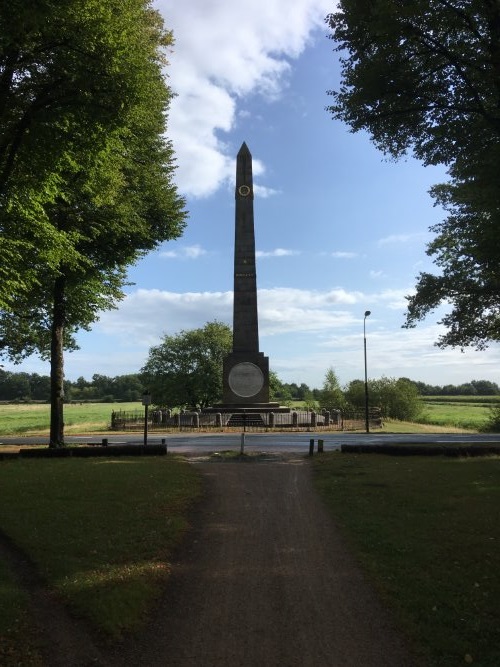 This Memorial, also named the Needle of Waterloo, commemorates Willem Frederik, prince of Oranje, the later king Willem II. In 1815, he repelled the first attack by the French in Brussels (Quatre Bras) and kept his line for so long that the Allies, led by the British commander Wellington, came in time to defeat the French emperor Napoleon at the Battle of Waterloo.