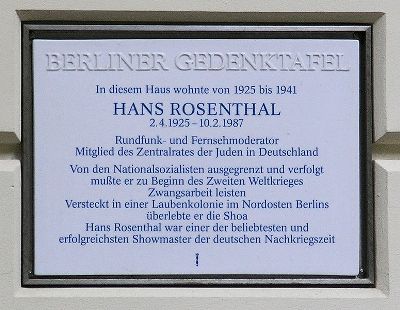 This plaque commemorates Hans Rosenthal, who lives here until 1941. As Jewish resident of Berlin, he was opbligated to forced labor. From 1943 on, he managed to hide himself in a community gardencomplex in Lichtenberg, where he was taken care of by three non-Jewish women.

After the war, he became a well-known radio- and TV-entertainer and an important person in the Jewish community in Germany.