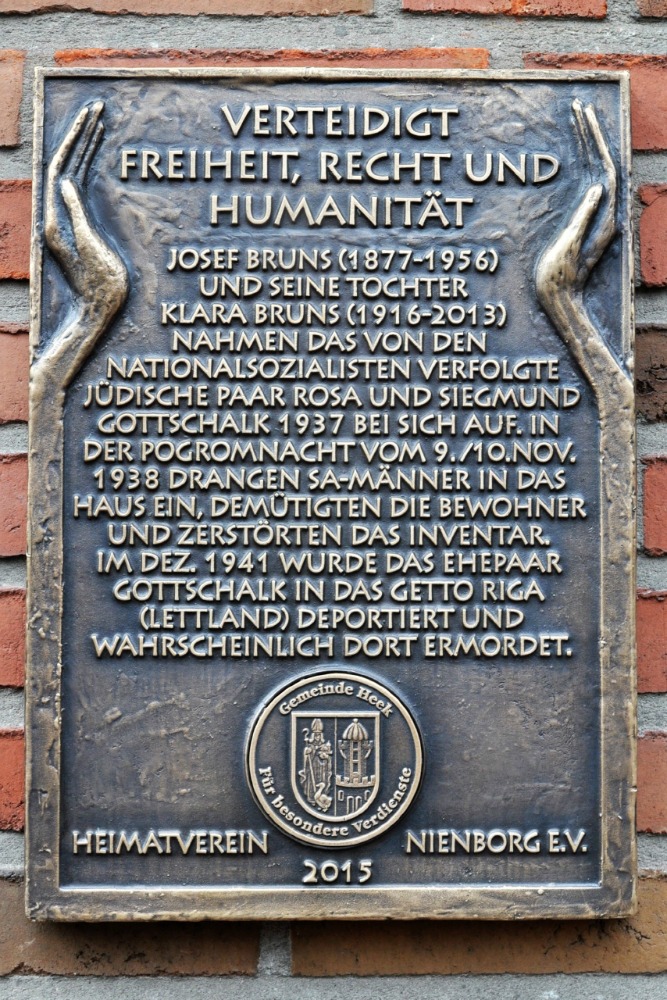 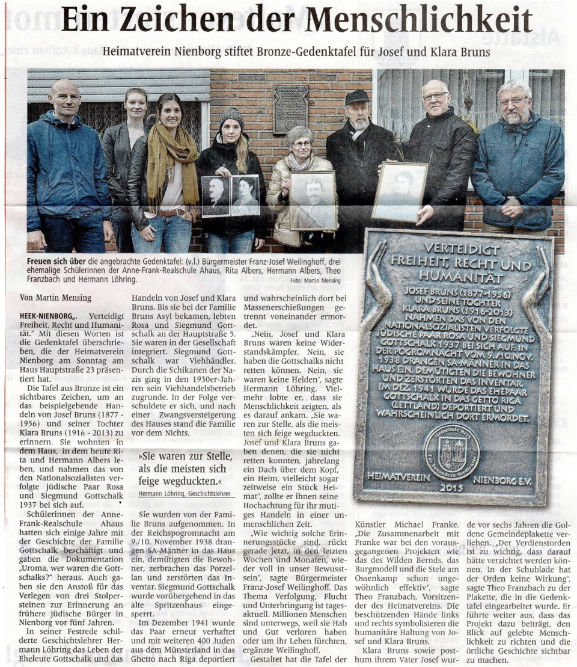 Installed in 2015, a memorial wall plaque for Josef Bruns and his daughter Klara Bruns honors their action of providing shelter at this location to their Jewish neighbors who had lost their home at Hauptstraße 5.

The plaque (created by artist Michael Franke) states:
Defended Freedom, Justice and Humanity.
Josef Bruns (1877-1956) and his daughter Klara Bruns (1916-2013) took in the Jewish couple Rosa and Siegmund Gottschalk, who were pursued by the Nazis, in 1937. In the Kristallnacht of 9/10 Nov. 1938, SA men [SA = Sturmabteilung: Nazi paramilitary] marched into the house, humiliated the residents and destroyed the contents. In December 1941 the Gottschalk couple were deported to the ghetto of Riga (Latvia) and were probably murdered there.

Earlier, in 2009, Klara and (posthumously) her father were honored with a Heek Golden Community Plaque (Goldenen Gemeindeplakette) for their service.