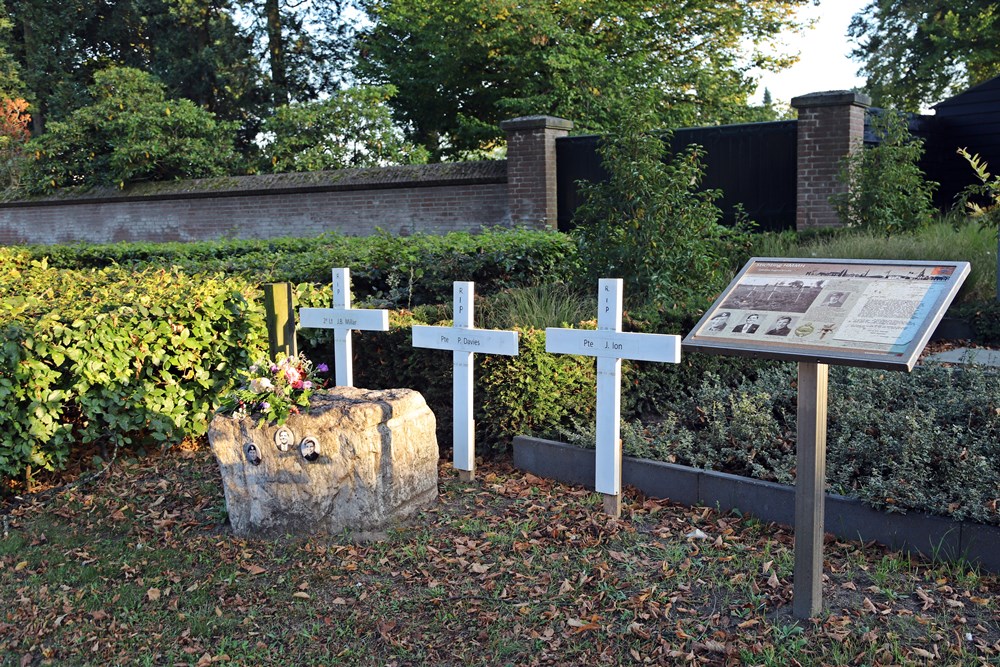 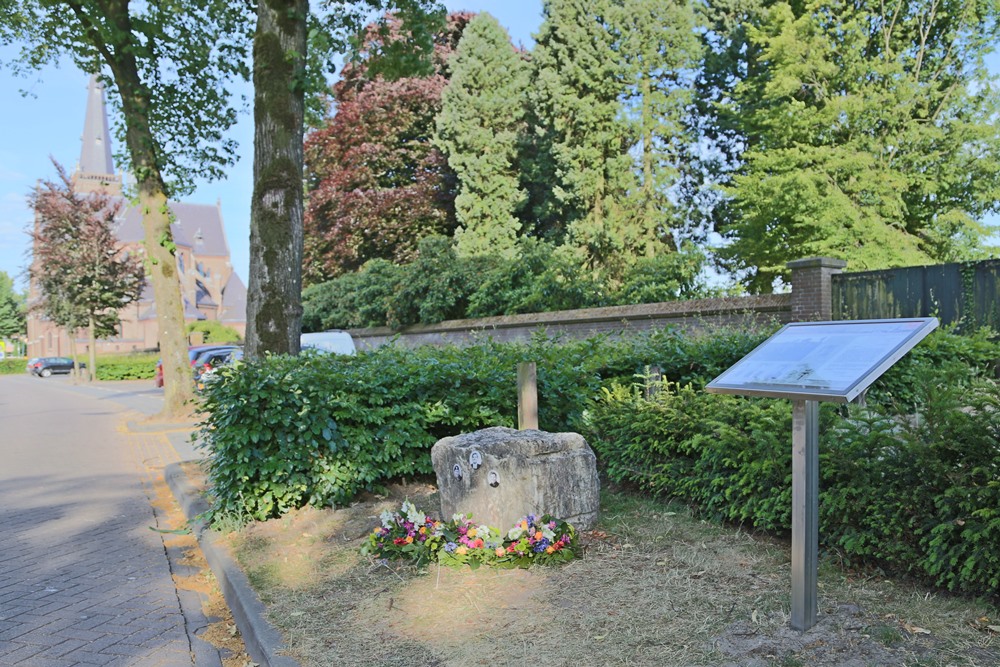 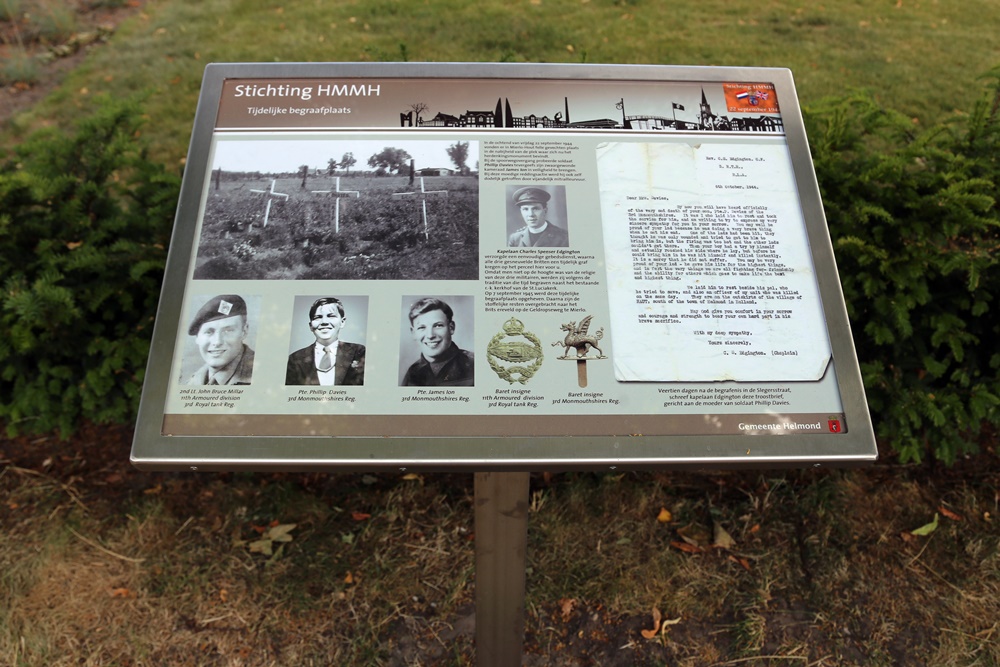 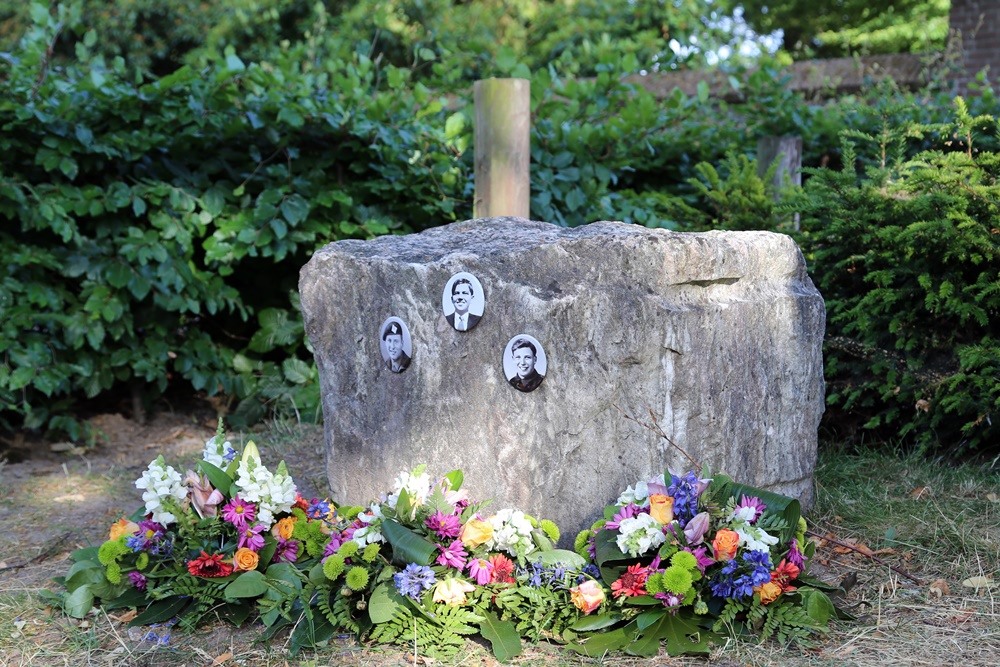 "During the morning of Friday 22 September 1944 heaving fighting took place at Mierlo-Hout close to the location of the memorial.

At the railway crossing private Philip Davies tried to get his badly injured friend James Ion to safety. During this courageous rescue operation he too was mortally wounded by enemy machine-gun fire.

Chaplain Charles Spenser Edgington arranged a small service of prayer after which all three perished Brits were given a temporary grave at the plot of land you see before you.

As the faith of these soldiers was not known, they were buried at the local R.C. church yard of the St Lucia church in the tradition which was custom in those days.

On 7 September 1945 this temporary cemetry was closed. The remains were then transferred to the Commonwealth War Cemetry at the Geldropseweg in Mierlo."