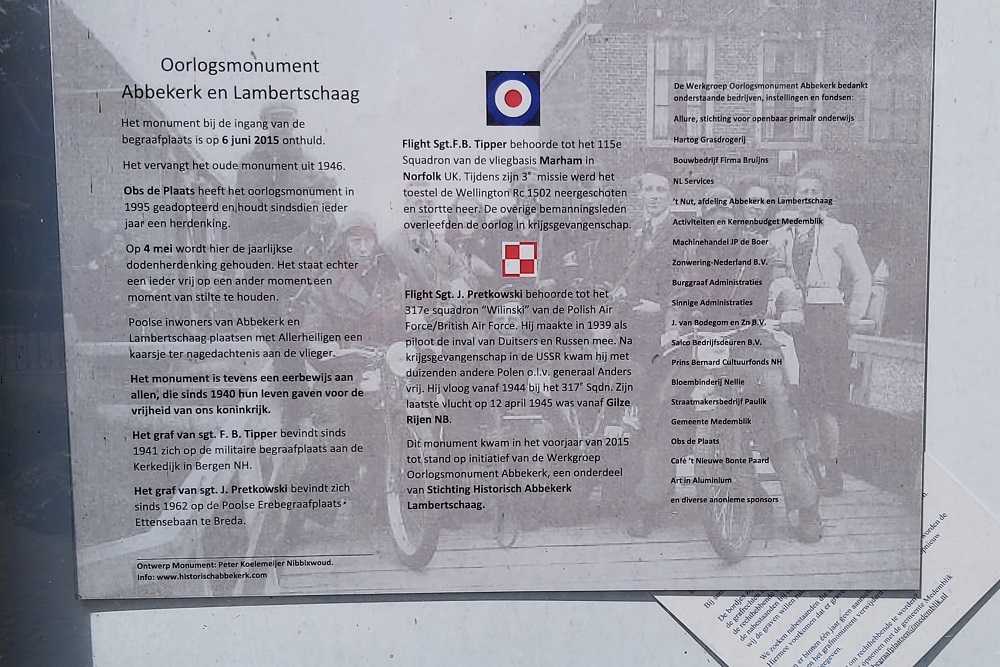 The spitfire monument in Abbekerk is a combined monument. Both for pilot Pretkowski (Spitfire) and for pilot Tipper.

Flight Sgt. J. Pretkowski was a member of 317th Squadron "Willinski" of the Polish Air Force / British Air Force. In 1939 he experienced the invasion of Germans and Russians as a pilot. After being imprisoned in the USSR, he was released with thousands of other Poles under General Anders. He flew at the 317th Sqdn from 1944. His last flight on April 12, 1945 was from Gilze Rijen NB.

Flight Sgt. F.B. Tipper was a member of the 115th Squadron at Marham Air Base in Norfolk UK. During its 3rd mission, the plane's Wellington Rc 1502 was shot down and crashed. The other crew members survived the war as a prisoner of war.