The Expert infantryman Badge was instituted in October 1943. The EIB could be awarded after the completion of a course of testing designed to demonstrate proficiency in infantry skills.

It was not permitted to wear the decoration together with that of the Combat Infantryman Badge. The latter was considered as higher in ranking. 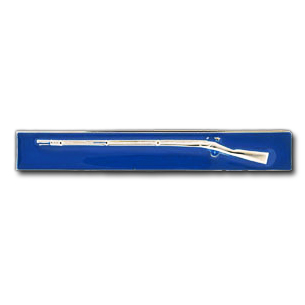