This extremely rare decoration was instituted on July 18th, 1942, and was awarded to members of the Légion Volontaire Française (Legion of French Volunteers) who had fought on the Eastern Front against the Russians alongside the Germans. After the war they were marked as traitors if they had taken up arms on the side of Nazi-Germany.
The badge depicts a French shield superimposed upon the Nazi eagle surrounded by a wreath of laurels. the reverse shows the inscription 'CROIX DE GUERRE LEGIONNAIRE' (War Cross of the Legion). The ribbon is green with black edges with seven narrow black stripes. Perhaps no more than 400 of these decorations have ever been awarded. 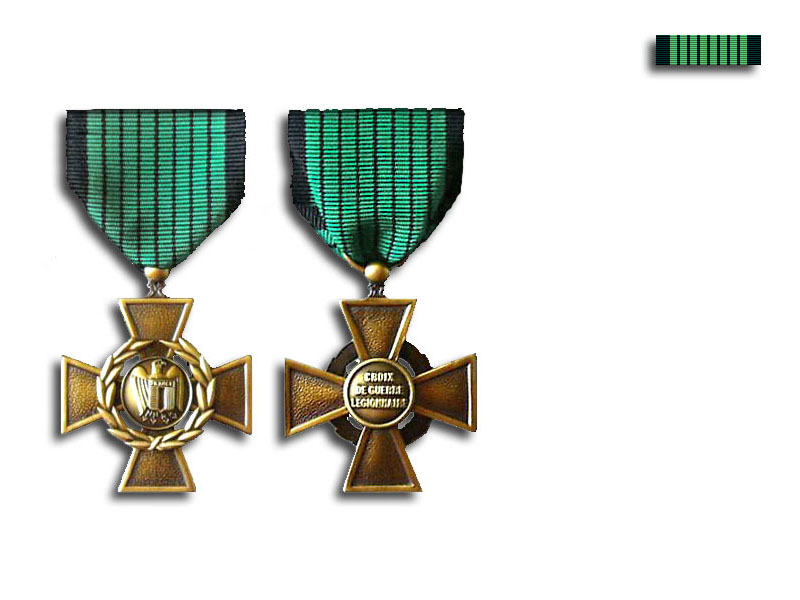