Awarded for his actions in mid-1944. With his battalion he blocked a Soviet thrust to Riga in the area around Malvine (north of Birsen). Later, on 04.08.1944, he also launched a successful attack with his unit from Radviliskis to the south in the direction of Birsen.

During the Third Battle of Courland, SE of Frauenburg on the 21.12.1944, the Soviets managed to achieve a deep penetration into the flank of the Division adjacent to the 290. Infanterie-Division. In response Müller and his Bataillon were dispatched to the Laugali-Pumpuri area. The Soviets had captured Hills 145.1 and 135.2, which were of great significance for the fighting in the area, and so Müller personally led his men in an energetic attack that threw the Soviets off the hills. Although it would later change hands twice in bitter fighting, in the end Müller and his Bataillon remained in control of the hill, thereby permitting the subsequent successful defense. He would be awarded the Oakleaves to the Knights Cross for this action. 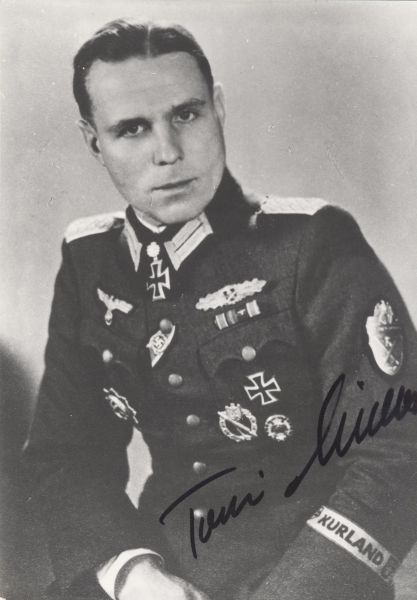