Franz Augsberger finally reached the rank of SS-Brigadeführer and Generalmajor der Waffen-SS.
He was killed on March 19th 1945 by Soviet anti-tank gun fire while leading his divisional staff in a breakout from Soviet encirclement.

1.) When the Division arrived in the Oppeln area the enemy had already crossed the Oder along a broad front. In order to cover the northern flank of Fortress Oppeln, the divisional commander made the independent decision to take the villages of Birkenthal, Halbendorf and Preisdorf, all of which lay outside his assigned sector. These villages were taken despite fierce enemy resistance. With this the enemy was pushed back towards the north, and the northern flank of Fortress Oppeln was secured through the creation of a defensive line here.

2.) On the 03.02.1945 strong enemy tank forces managed to create and swiftly expand a bridgehead across the Neisse river near Frohnau. In the village of Lossen Brigadeführer Augsberger personally assembled the only slowly arriving alarm units and straggler groups for an attack on the night of the 03./04.02.1945. But a hostile thrust into the flank of this friendly attack smashed the handful of battle-worthy elements and led to a new, very critical situation. Brigadeführer Augsberger thus personally organized a defense in the villages of Lossen, Johnsdorf and Jeschen. He personally apprehended stragglers and was able to restore the situation only because of the personal example he set. Through this the thrust of enemy tank forces to the south was prevented, and the groundwork for the Neisse-Fronts sustainable consolidation was laid.

3.) The toughness with which the men of the 20. W.Gren.Div. der SS (estn. Nr.1) and their largely Estonian leaders fought deserves particular commendation. These men continued to fight despite their being far from their lost homeland and the lack of a tangible goal to fight for. The command difficulties that this created were balanced out by the skillful leadership and brave personal example of the divisional commander. 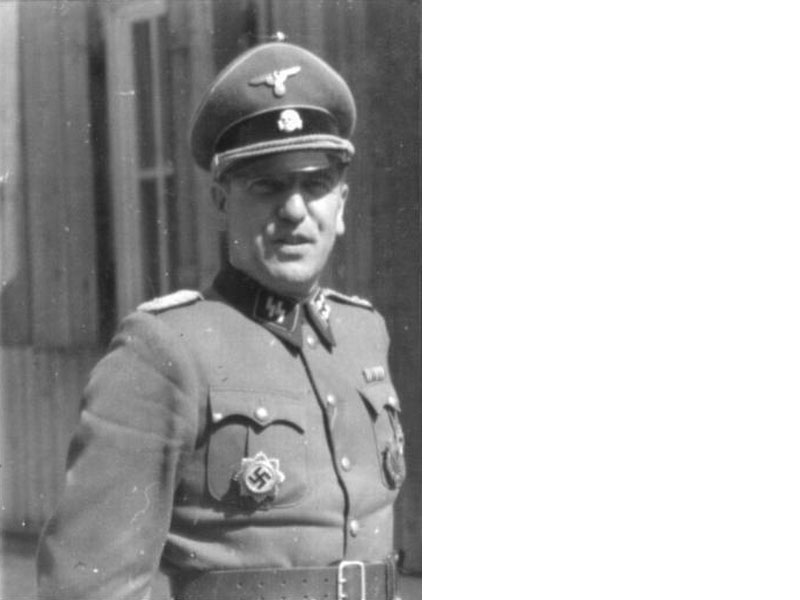