Knights Cross for a Panzer Commander:

The Führer awarded the Knights Cross of the Iron Cross to Hauptmann Hans Bock, the commander of a Panzer-Abteilung in our Division.

During the fighting in East Prussia an armoured group under the command of Hauptmann Bock particularly distinguished itself. The Kampfgruppe assaulted deep into the Soviet front near G., and after further successful operations it broke the Soviet encirclement ring south of Königsberg. During this fighting the Gruppe destroyed a total of 68 tanks and 86 anti-tank guns. The attacking spirit and bravery of this bold Panzer leader enabled these outstanding successes during the most difficult of situations.

The action described in this article began on the 30.01.1945. In order to break the Soviet encirclement ring around Königsberg all the available Panzers and armoured vehicles of the original Großdeutschland Division were assembled into a massive armoured wedge under the command of Hauptmann Bock. During the afternoon of this day it set out from Brandenburg along the harbour road in a northeastern direction. After a short yet hard battle the group entered into Maulen and scattered the nearby Soviet defenders, who sustained heavy losses when the Germans pursued them. The German Kampfgruppe later advanced towards Wundlaken, however the attack bogged down under heavy Soviet AT gun fire. Nevertheless, the seizure of Maulen was enough to break the ring around Königsberg.

Hauptmann Bock would himself be wounded during the attack, and was therefore awarded the Knights Cross while in hospital.
Submitted on January 28th 1945.
Preliminary document and decoration on February 17th 1945 to Heeresgruppe Nord. 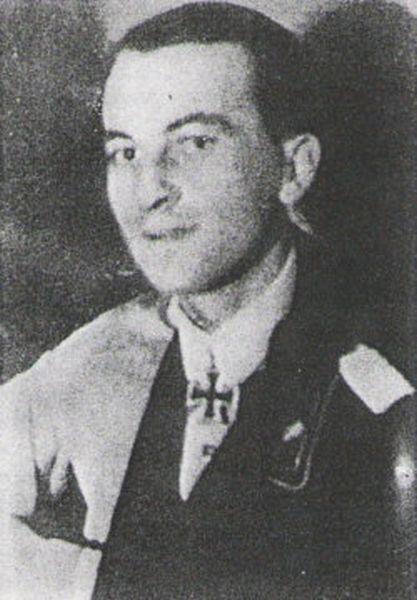