Awarded for his actions during the fighting in Courland. On the first day of the Third Battle of Courland (21.12.1944) he and his Brigade smashed a Soviet armoured spearhead aimed against the Tukkum-Frauenburg road, destroying 26 tanks within a short time. At the time the Brigade was attached to the 11. Infanterie-Division. Brandner himself had reconnoitred the terrain on the day before and so was able to position his Sturmgeschütze in ideal positions for the Soviet attack.

He and his unit went on to distinguish themselves in the Fourth and Fifth Battles of Courland. Brandner himself destroyed his 57th tank in the Fourth Battle, and in the Fifth he and his unit closed off a frontline gap near Berlin with the support of the 205. Infanterie-Division.

Awarded for distinguishing himself with his Brigade during the Sixth Battle of Courland while operating south of Schrunden and in the vicinity of the Matchstick Factory (near Frauenburg).

The awarding of the Eichenlaub is according his own testimony. Although there are photos known with him wearing the Eichenlaub, no official confirmation is known. Based on the presumed date of awarding this should be the 846th Award, however numbring of the officially known awards had stopped after the 843rd Award. 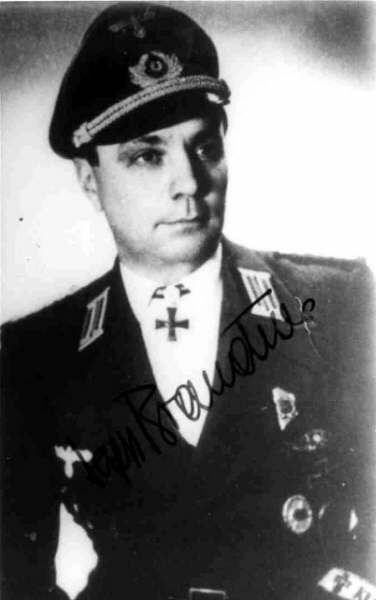