Ameiser was cut off behind enemy lines with a small Kampfgruppe that initially consisted of 103 soldiers. However he and and his men managed to make their way back to the Korps again following a heroic 23-day long fighting retreat via Köres and Theis.

The bulk of this small Kampfgruppe was able to break through without abandoning any weapons along the way, and heavy losses in men and materiel were inflicted on the enemy in the process. This achievement is solely attributable to Ameisers exemplary personal bravery and skillful leadership.

He has also acted in a ruthless and praiseworthy fashion in situations that appeared hopeless. By doing so he has repeatedly been able to inspire his men to resist and move forwards despite their exhausted and starved state. Superhuman efforts have been brought about in this way. SS-Hauptsturmführer Ameiser has also highly distinguished himself in the heavy combat near Guyla. 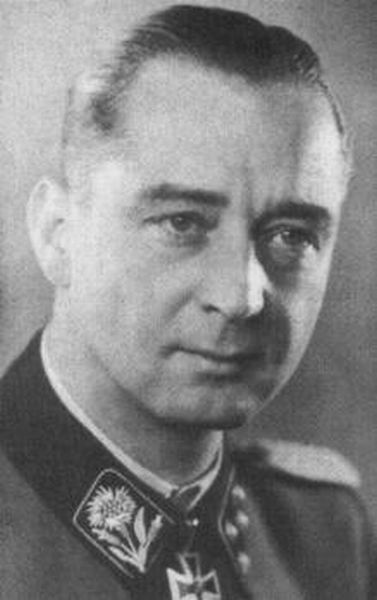