On the 25.01.1945 SS-Oberführer Ax, chief of staff for the XIV. SS-Armee-Korps, was assigned command of the 15. Waffen-Grenadier-Division der SS (lett. Nr. 1) following the loss of its previous divisional commander. SS-Oberführer went on to achieve the following in the course of the Divisions many subsequent offensive and defensive actions:

1. Breaking through the encirclement ring around his Division near Flederborn on the 03.02.1945. The Division had been encircled here due to its own steadfastness, but by holding its ground in this way it tied down strong elements of two tank-reinforced Soviet divisions and prevented the enemy from continuing their swift breakthrough towards the northwest.

2. Directing this breakthrough in the face of strong Soviet forces whilst serving with the rest of the divisional staff in the foremost line.

3. Dispersing and destroying the bulk of a Soviet division before the bridgehead and cornerstone at Landeck during the process of this breakthrough. 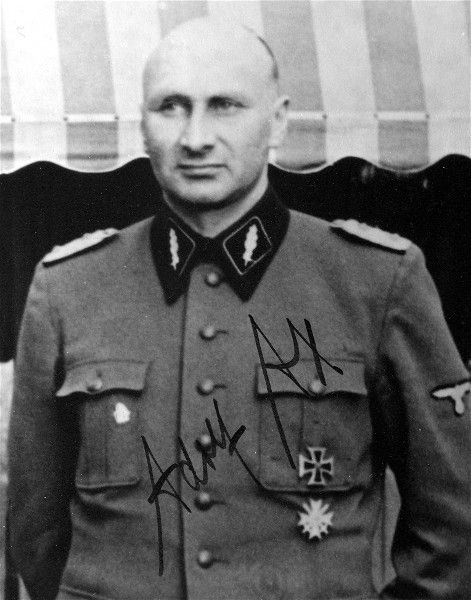