On the 14.12.1943 the Germans launched a corps-sized counterattack to close a frontline gap that had opened up near Novgorodka (itself southeast of Kirovograd). The 13. and the 17. Panzer-Divisionen attacked from the southeast while the 11. Panzer and 2. Fallschirmjäger Divisionen attacked from the northwest. The Sturmgeschütz-Abteilung 286 under the command of Hauptmann Bausch was attached to the Fallschirmjäger in order to provide them with much needed fire support. The Germans were ultimately able to close the frontline gap here after 8 days of hard combat.

After this the 11. and 17. Panzer-Divisionen were taken out of the frontline, and the 2. Fallschirmjäger-Division was ordered to take over the sector of these two divisions. This section of frontline amounted to 21 km, however the Division only had a combat strength of 3200 men to man it. As such the Sturmgeschütz-Abteilung 286 was ordered to remain attached to the Division to provide support.

The Soviets launched a major offensive in this sector on the 05.01.1944. They attacked westwards from Novgorodka and Snamenka in order to envelop and capture Kirovograd. The southern enveloping arm struck the 2. Fallschirmjäger-Division.

Furious fighting ensued, and in this time Bauschs Sturmgeschütze fought valiantly alongside the Fallschirmjäger. On one occasion Hauptmann Bausch personally launched a counterthrust with 3 Sturmgeschütze and the remains of the 9./Fallschirmjäger-Regiment 2 (some 40 men). This counterthrust was ultimately successful, and the ~600 man strong enemy force in this area was thrown back beyond the German frontline

The Soviets continued their attacks in this sector until the 08.01.1943. Although the German frontline was pushed back it did not break. This was in large part due to the efforts of Hauptmann Bausch and his Sturmgeschütze, who repeatedly managed to stabilize critical situations with minimal infantry support.

Hauptmann Bausch would be awarded the Knights Cross for both the successes of his unit around Novgorodka and his own personal achievements during the war (which included a tally of 29 tanks destroyed by this time). 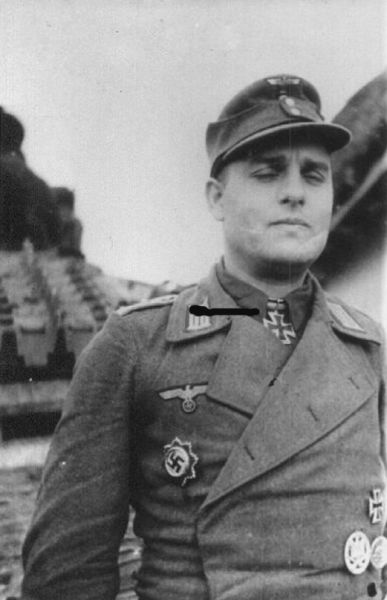