Karl Buckel served after the Second World War with the German Bundeswehr until 30th September 1976 and here finally became Oberstleutnant.

Following the loss of Vitebsk the hard-pressed 212. Infanterie-Division found itself defending a provisional defensive position near Lepel (southwest of Vitebsk). The Sturmgeschütz-Brigade 277 was dispatched to help the Division complete its defensive mission.

When Soviet forces succeeded in breaking through near Durilowitschi Oberleutnant Buckels 3. Batterie was deployed to the area as the last reserve. The Sturmgeschütze were first able to bring the Soviet assault to a halt by destroying numerous tanks. With the help of hastily assembled stragglers, Oberleutnant Buckel then launched a counterthrust that pushed the Soviets back across the original German frontline.

Thanks to Buckels actions here it was possible for Durilowitschi, the cornerstone of the Division, to be retaken and held until the ordered withdrawal. The permanent loss of this village would have collapsed the entire front of the Korps, but this was averted due to Buckels intervention. For this achievement he would be decorated with the Knights Cross. 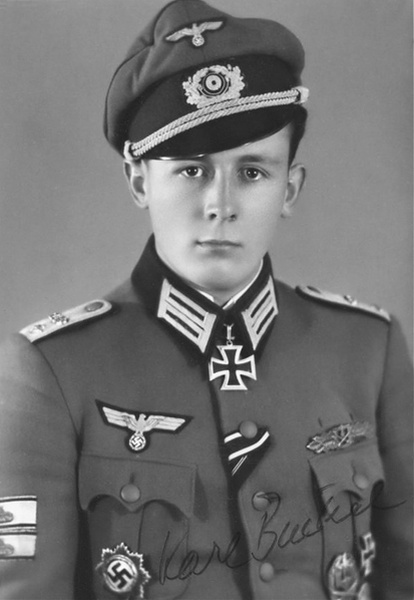