During the time period 19.02.-11.03.1942 Leutnant Diddens and his Sturmgeschützen are credited with destroying the following enemy materiel while serving in the Pogostje area (specifically the so-called Küchenschneise):

With this assistance it was possible for Kampfgruppe Drange to recapture the lost section of frontline southeast of Pogostje. Diddens was awarded the Knights Cross for this as well as his cumulative frontline service to date. By this time he had personally destroyed 35 tanks, and along with his Zug he had destroyed 57 enemy tanks over the course of 9 months.

Mentioning:
"North of Jassy, the Soviets attacked with strong forces. They failed because of the tenacious resistance of the German and Romanian troops. Local penetrations were sealed off. In this battle area has an assault gun unit of the Panzergrenadier-Division "Großdeutschland" under the leadership of Oberleutnant Diddens particularly distinguished itself on 25 April."

On the 25.04.1944 the Großdeutschland Division commenced a limited counterattack in the Jassy area, with the goal of seizing the woods between Barbatesti and Vascani (north of Targul Frumos) as well as the Dumbravita heights. The attack was led by the II. and III./Pz.Gren.Rgt. Großdeutschland and supported by the Sturmgeschütz-Batterie of Oberleutnant Diddens. After a hard fight the attack objectives were seized, however as Diddens was observing from the hilltop he saw a strong enemy Pakfront along his axis of attack.

He decided to exploit his success, as well as the enemies unpreparedness, and attacked this position on his own initiative along with his Batterie. In the process 23 heavy anti-tank guns were destroyed. On the way back he and his men spotted a Soviet battlegroup that was assembling at the edge of a forest. Diddens at once attacked this assembly area, smashing it while also personally destroying 3 enemy tanks. A further 2 enemy anti-tank guns were destroyed by the time the German frontline was reached again.

During this bold sally Diddens Batterie had destroyed 3 enemy tanks and 31 anti-tank guns altogether, and for this Diddens himself would be awarded the Oakleaves to his Knights Cross. 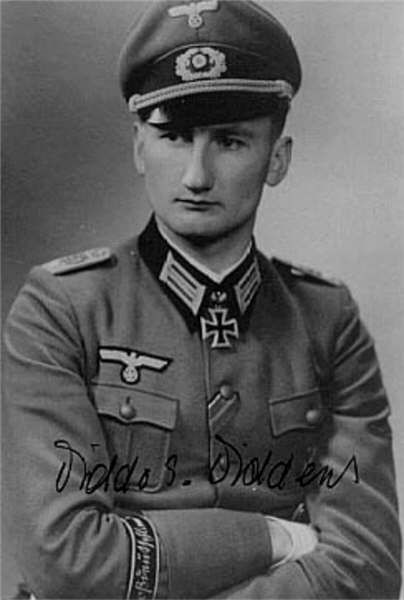