Waffen-Hauptsturmführer Adamsons was soul of the resistance in strongpoint Vanagi. Despite being wounded for the 5th time, and despite belonging to disability level II, he was nonetheless able to inspire his men to carry out incomparable deeds and yield not even a foot of ground. The Sturmgeschütze that the brave garrison so badly wanted reversed their course after seeing the strongpoint. They reported that no-one could possibly still be alive in the strongpoint given the devastating artillery, Katyusha and bombing attacks that they had seen inflicted upon it.

Here a mere handful of men demonstrated unparalleled heroism and singularly brave achievements in the face of a far superior foe. They did so in no small part due to being inspired by the warlike example and tireless devotion to duty that was displayed by their Kompanie commander, Waffen-Hauptsturmführer Adamsons.

This strongpoint was of great significance for the overall course of the defensive combat in this area. Its loss would have triggered the rolling up of the front while simultaneously allowing the enemy to penetrate deeply into the rear area. However the enemy failed to achieve bring about its fall, and in the process the infantry complement of an entire Russian division was either destroyed or rendered combat ineffective before the strongpoint of Vanagi. 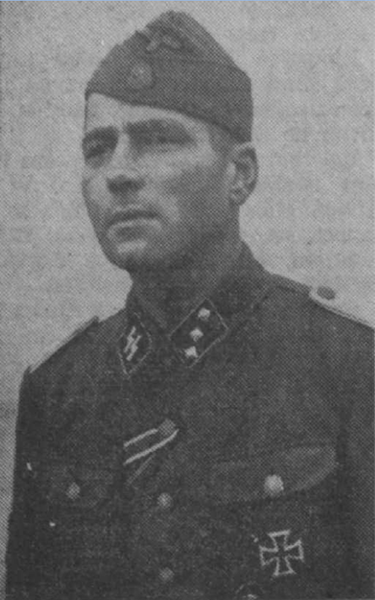