He graduated from his flying training around May 1942 at Albuquerque, New Mexico.
His mother and sister Miriam attended his graduation.
A brother Alvin L Altman also served as a USAAF officer.
His crew and himself having flown 50 bombing missions in 1942-43, including missions to the German submarine pens on the French coast and later missions against italian targets from North Africa, he was awarded the Distinguished Flying Cross for his service during 1943.
served in the 97th Bomb Group - 340th Bomb Squadron
Following the completion of his tour of duty in the summer of 1943 he returned home to the US and was posted as an instructor for the growing bomber force. Like many of the men on aircraft 41-6674, Frederic was mentioned in many newspapers.

For extraordinary achievement while participating in aerial flight in the European and North African Theatres of Operations. Lieutenant Altmans outstanding courage and proficiency as bombardier on a B-17 type aircraft have contributed greatly to the success of the many combat missions in which he has taken part. On 9 May 1943, he acted as lead bombardier for a formation of more than one hundred B-17 type aircraft in the devastating bombing of Palermo, Sicily. All though his ship was seriously damaged by both flak and fighters and two of the crew were wounded before reaching its objective, Lieutenant Altman calmly concentrated on his bomb sight. Though the ship quivered from bursts of heavy anti-aircraft shells and his navigator fired his guns continuously in - repelling successive attacks as the enemy desperately attempted to turn the lead ship, he drooped his bombs squarely on the target. While the navigator cared for the wounded, Lieutenant Altman efficiently manned the three flexible nose guns, damaging several fighters and probably destroying two, alertly shifting from one gun to the other as he alternately repulsed attacks from three directions until the navigator returned to assist him in protecting his aircraft on the remainder of the flight to friendly territory. Lieutenant Altmans outstanding skill and gallantry have consistently reflected great credit upon himself and the Armed Forces of the United States. 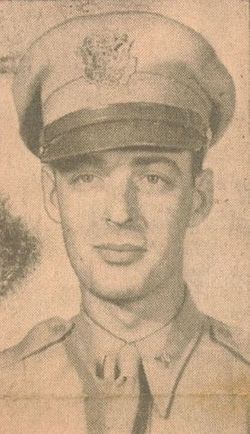