25.07.1941: Relieving an officer reconnaissance unit east of Rwy and personally destroying a tank in the process.

12.08.1941: A reconnaissance towards Lowatj (west of Pleschakowa), which made possible the German seizure of the enemy bridgehead here.

22.08.1941: Launching an independent flank attack on a hill just south of Nagatkina and thereafter securing a great number of heavy Soviet guns at the bridge site near Iwanowka.

Received for the destruction of a Soviet tank in August 1941.

Received for the destruction of a Soviet tank in October 1941.

Received for the destruction of a Soviet tank in October 1941.

Awarded for further combat achievements, as outlined below

27.09.1941: Closing the gap between the III./Grenadier-Regiment 27 and the Grenadier-Regiment 6 after the Soviets had launched a sally from Point 61.3 (NW of Lushno) to the DemyanskLytschkowo road. In the fighting which followed he brought every Soviet onslaught to a halt, and with his handful of men destroyed two enemy tanks in close combat.

02.10.1941: Recapturing the German main line west of Aleshenka after a Soviet penetration NW of Jamnik and near Point 55.4 (on the road Jamnik-Lytschkowo), with the consequent capture of 40 moderately constructed hostile field positions. After this Kylling and his Kompanie defended the northern edge of the village of Ssloboda against 16 enemy tanks with infantry support. The Germans were forced to pull back despite their efforts, with Kylling being the last to break contact with the foe. As he was changing position with a light machine gun he became wounded in the thigh.

17-30.09.1942: During the defensive battles around Lytschkowo he once again distinguished himself. Particularly noteworthy was a lone recon mission he conducted that brought him within just a few metres of the Soviet positions. By doing this it was possible to clean up the hostile penetration here. 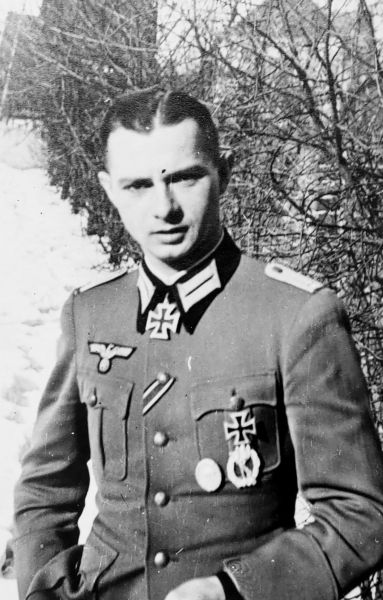