Awarded for his leadership of the Infanterie-Regiment 122 during the battle of Sevastopol. His Regiment, fighting on the Schwalbenschwanzkamm, was able to take the vital so-called Spethöhe on the 25.06.1942. The capture of this hill was vital for the continued battles of the Division, as it was only from here that observation into the town of Tschernajatal was possible. With this it was possible for the Division to employ its heavy weapons (especially artillery) in this area to full effect.

Reuter had already been recommended for the Knights Cross on account of his already having captured the heights at Cornesti (05-12.07.1941), fighting well at Holercani and lastly his actions against the Stalin Line (in particular the capture of the bunker north of the village of Cuzier).

Awarded for the successful leadership of his Division during its battles on the Margarethen position between Budapest and Lake Balaton in early 1945. On the 05.01.1945 he and his men were able to crush the Soviet attacks set against them and close a frontline gap NW and W of Blauenstein via a counterattack on the 07.01.1945. 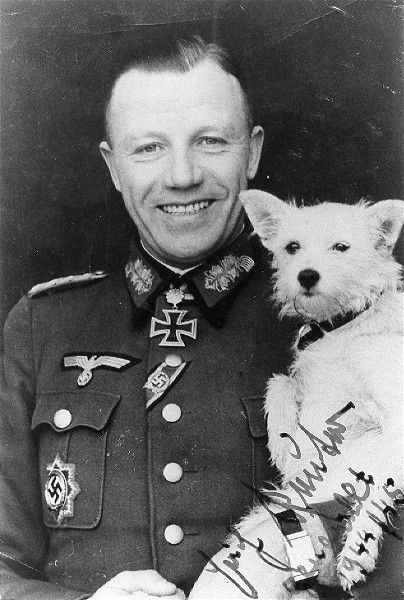