In rank of captain, Harold F. Hoppe led the liberation of Heer as Commander of E Company, 2nd Battalion, 117th Infantry Regiment, 30th "Old Hickory" Division. At the mill of Gronsveld, the Allied troops engaged in battle with the German soldiers of the 275th Division, who had placed 3 machine gun nests here. The mill was destroyed during these battles.
Standing on a tank, he followed the retreating German troops, leaving dozens of German soldiers surrendered or killed. Due to the rapid advance of the E Company, Heer was liberated on September 13, 1944. This made him known as the hero of Heer. In memory his name is mentioned on the Monument Heer liberated 50 years .
Captain Hoppe was awarded the Silver Star for on this day shown courage by Division Cdt., Major General L.S. Hobbs.

When crossing the Siegfried line, Harold was the first American officer on German soil to be wounded.

Captain Hoppe was awarded with the Silver Star by Division Cdt., Major General L.S. Hobbs, for his courage on 13 September 1944.

The second PH received as first bronze oak leaves on the ribbon of the first medal.

The third PH received as second bronze oak leaves on the ribbon of the first medal. 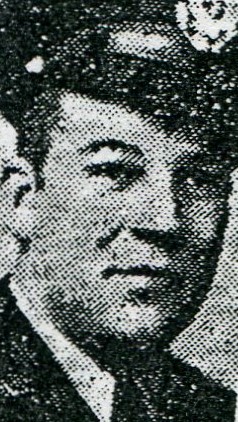