"For outstanding leadership and personal bravery in the face of strong enemy opposition during the attack and capture of Monte Cece on 8th and 9th October, 1944. The capture of the Monte Cece feature was vital to the advance as the feature was strongly held by the enemy and dominated forward company positions and the main axis of advance. This feature was 759 metres high with sheer slopes near the crest. It rained throughout the 8th and night 8th-9th October  conditions were well nigh impossible over ground which at the best of times was precipitous and difficult. Throughout the operation Capt. Burns led his men with courage and cheerfulness. He took every opportunity to wipe out known enemy resistance. He inspired his men with his personal courage in the face of the enemy. It was this officer's leadership and his initiative in taking control when his commanding officer was killed, together with his total disregard for personal safety which undoubtedly inspired the men during the attack and capture of the objective, which was essential for the successful continuation of the battle." 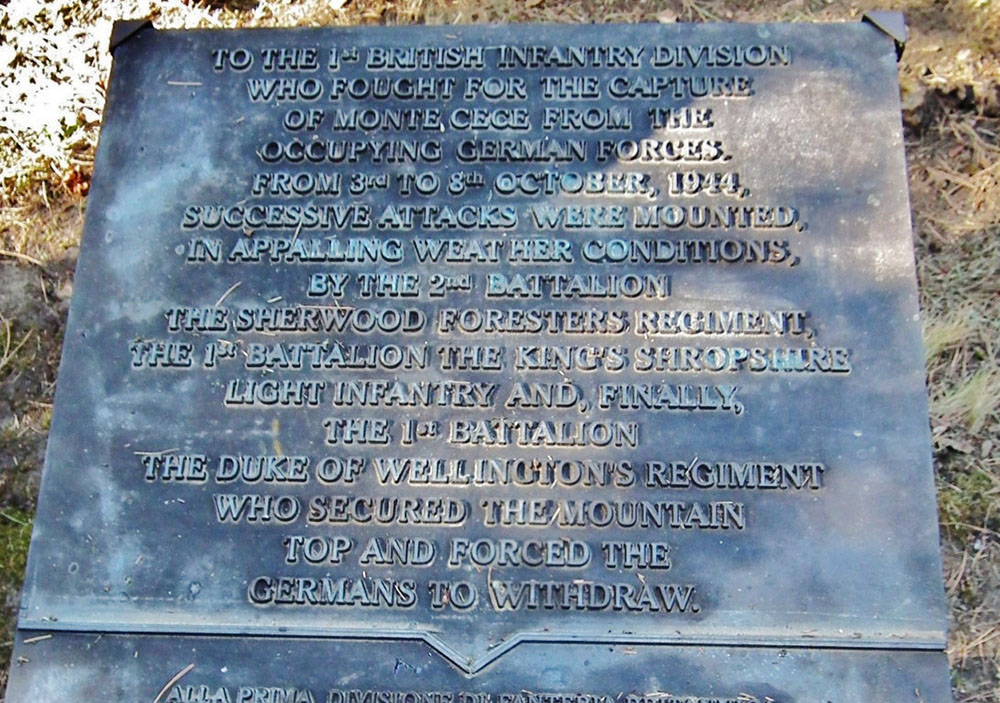