Arthur William Tedder was born in Glenguin, Stirling, Scotland to Commissioner of the Board of Customs Sir Arthur John Tedder and Emily Charlotte Bryson. He joined the Dorsetshire Regiment in 1913 and was transferred to the Royal Flying Corps in 1916. During WW1, he served in France between 1915 and 1917 and then in Egypt until 1919. After the war, he was transferred to the newly formed Royal Air Force as a squadron leader. He was promoted to the rank of group captain in 1931, and served as Director of Training from 1934 to 1936. Immediately before the outbreak of the European War, he was the commander of the RAF Eastern Forces and was director general for research in the Air Ministry.
After Britain entered WW2, Tedder served as the head of the RAF Middle East Command, which also covered the battlefields in the Mediterranean Sea and in North Africa. While the forces under his command experienced both victories and defeats, his reputation as an effective air commander grew. He was increasingly known for the deployment of "Tedder Carpet" tactic, which involves multiple bombers committing a rolling barrage with high explosive and napalm bombs ahead of advancing friendly forces. He was knighted in 1942 and was promoted to the rank of air marshal by the end of the Desert War. He was heavily involved in the planning of the invasion of Sicily and then Normandy. He was named Deputy Supreme Commander in the latter campaign, though he at times found himself without resources because commander of the Allied Air Expeditionary Force Trafford Leigh-Mallory at times deployed forces for objectives that were tactically different than that of Tedder's for the campaign in Normandy. In the last year of the war, he was sent to Russia seeking greater coordination between Russia and the Western Allies, particularly during the Ardennes offensive in the winter of 1944 to 1945. In May 1945, he signed the German surrender instrument on behalf of General Dwight Eisenhower.
Tedder lost two family members during the war. His son Richard Tedder died in combat in France during the German invasion. His first wife Rosalinde Maclardy, who was beside him during the Desert War, died in an air crash in Egypt in 1943.
After the war, Tedder gained peerage as First Baron Tedder. He served as the Chief of the Air Staff between 1946 and 1950. In 1950, he served as the British representative on the military committee of North Atlantic Treaty Organization (NATO) in Washington, DC, United States. On the civilian side of his life, he was the chancellor of Cambridge University between 1950 and 1967, served some time on the board of the British Broadcasting Corporation (BBC), and authored his memoirs and a historical study of the Royal Navy.
After several years of struggle with Parkinson's Disease, Tedder passed away in Surrey, England, at the age of 76.

"For his services in the Middle East"

8 November 1944 WO 171/691 - 159 Infantry Brigade
At 0830 hrs 1 Hereford took over from 4 Ksli in IJSSELSTEIN, the 4 Ksli moving to DEURNE Bks for a 48 hrs rest in preparation for taking over GRIENDTSVEEN. Other Bde locations remained the same. Patrols continued during the night. Air Marshal Tedder and General Dempsey visited the Hq and remained talking to the Brigadier for about half an hour. 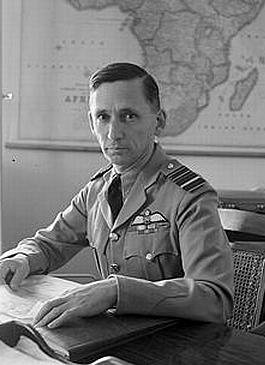 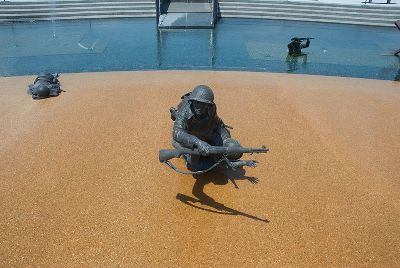