During the four days of war in may 1940, Jan Linzel was stationed at Ypenburg airfield. On May 10th, 1940, in his Fokker D. XXI '246', he shot down one German aircraft and damaged another before he himself was shot down. Although wounded he managed to bring himself to safety with his parachute.
After a failed attempt via Spain to evade to England in 1941 he made another attempt in April 1942. Traveling through Switserland, France, Spain and Portugal he manages to reach England in June 1943.
As a pilot in the RAF he takes part in over 150 combat missions.
After the SEcond World War, Jan Linzel becomes an instructor at the Spitfire at the Jachtvliegschool Twente airbase and later Flight Commander with No. 323 Squadron, Leeuwarden.
From the 1950's until his retirement in 1973 he served as Vuurleider at Cornfield Range, Terschelling.

Citation:
"With care preparing and completing the plan for an escape from occupied the Netherlands, after which, after having encountered many difficulties, England was reached."
Royal Decree No.14, dated October 28th, 1943.

Citation:
"Has awarded himself in face of the enemy, by deeds of initiative, courage en perseverence, during one of more flights in an aircraft, on May 10th, 1940, during an aerial battle over the airport of YPENBURG."
551st Award.
Royal Decree No.77, dated April 22nd, 1948. 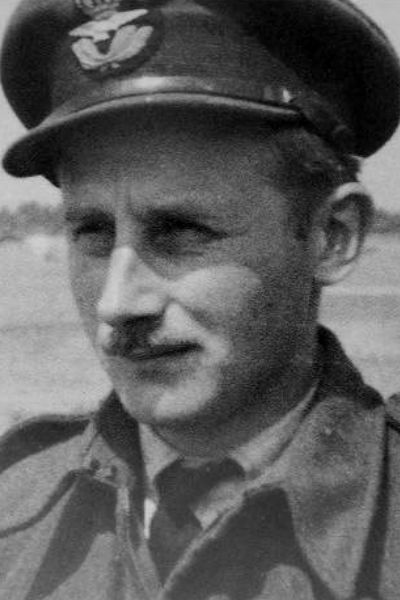