Bob Gillin attended McMaster University and Teacher's College before he signed up to serve in 1941. He trained as an Air Observer in Canada from July 28, 1941 and completed his training as Navigator B at the School of G.R. Harrogate, Yorkshire, England in July of 1942. Bob's Log Book indicates that he flew from 17/11/42 and his last entry is dated 15/5/45. He was stationed at the RAF Station, Waterloo, Sierra Leone, Karachi, India, Vavuniya, Ceylon, and Kharagpur, India. He flew with 200 Squadron, RAF, 217 Squadron, RAF and 31 Squadron, RAF.

After returning home in the fall of 1945, Bob Gillin returned to his teaching career at Brantford Collegiate Institute in Brantford, Ontario. He married Joyce Alderson on July 13, 1946 and resided in Brantford for many years. His career teaching English and French in Brantford secondary schools continued until 1969 when he accepted a position as a consultant with the Ontario Ministry of Education in London, Ontario, Canada. Bob retired in the early 1980's. Bob (died July 9, 2006) and Joyce (died June 27, 1992) Gillin had two daughters, and two grandsons.

Citation:
"This officer has taken part in a large number of operational missions. These include the 1st Chindit operation, the siege of Imphal and supply dropping to the Fifth and Seventh Indian Divisions in the Arakan. He is a navigator of outstanding ability whose courage in the face of seemingly insurmountable odds has been a source of inspiration to the other members of his squadron." 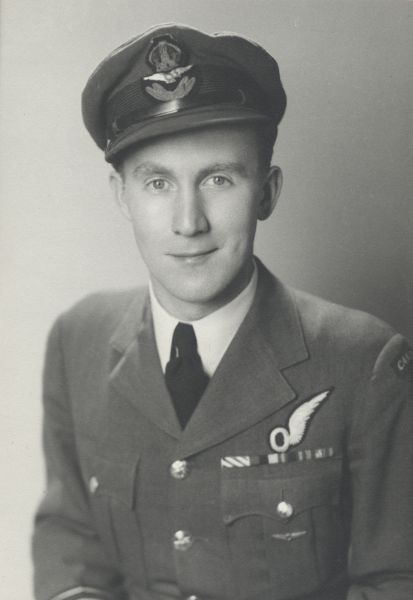