In the time period 12.-14.12.1941 Oberleutnant Frantz and his Sturmgeschütz-Kompanie played a vital role in defeating the Soviet attack against Strukowo. In total his unit destroyed 15 tanks, 1 dual-purpose anti-tank/air gun (7.62 cm) and 1 further anti-tank gun. By this action he and his Sturmgeschütze prevented the enemy from thrusting through the woods and cutting off the retreat route of German forces located both on the forest edge and further south of the Tula road.

1016th Heer Award
According to an evaluationreport from March 31st, 1945, the awarding took place on June 12th, 1942.
By the time of the awarding he was already Batteriechef, Sturmgeschütz-Abteilung Grossdeutschland.

On the 14.03.1943 Hauptmann Frantz and his Sturmgeschütze were assigned to support the capture of Stanowoje, east of the village of Borrisowka. During the capture of the village the Abteilung destroyed 15 T-34s for the loss of 2 of their own Sturmgeschütze. However it was expected the Soviets would try to retake the village, and aerial reconnaissance reported soon afterwards that 120 tanks and 80 trucks with mounted infantry were approaching.

Hauptmann Frantz personally directed his Sturmgeschütze into position, and ordered them to hold their fire until he gave permission. Hauptmann Frantz allowed the first enemy spearhead (consisting of 18 tanks) to approach to close range before commencing his ambush. All Soviet tanks were destroyed in a blaze of guns. Hauptmann Frantz then gave his Sturmgeschütze orders to attack. Emerging from cover, they took the large Soviet tank formation in the flank and inflicted further heavy losses upon it. The Soviet attack collapsed, and at the end of the battle the Germans were able to accurately count the number of tanks they had destroyed during their enemys failed counterattack. This total was 43, all of which were credited to Frantz and his Sturmgeschütze.

Hauptmann Frantz would receive the Oakleaves to his Knights Cross for this outstanding victory. 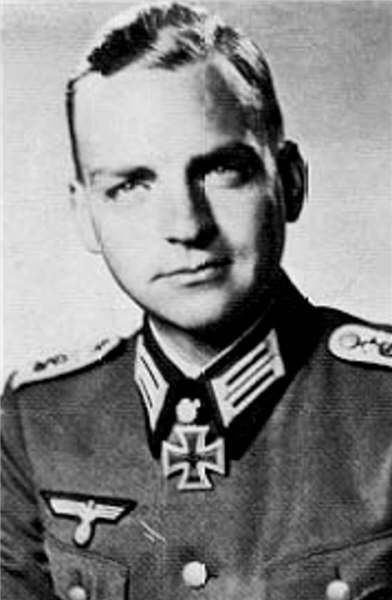