Awarded for the following achievements

II.) Preventing a Soviet breakthrough of the frontline of the XXVIII. Armeekorps in the area around Pogostje (in the Leningrad sector) during fierce fighting in mid-February 1942. Here, according to Wehrmachtbericht citations of the 15. & 17.02.1942, he destroyed at least 18 enemy tanks including several heavy ones with his Sturmgeschütz.

III.) Raising his total of enemy tanks destroyed to 30. 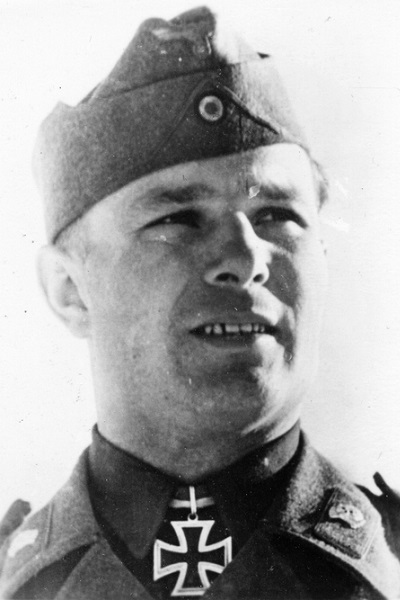