Citation:
"These two airmen displayed great courage in effecting the rescue of an unconscious pilot from a burning aircraft which resulted from a collision in which two Blenheim aircraft were involved while taking off. Aircraftmen Campion and Frost were among the first to arrive on the scene. Not knowing that the pilot was the sole occupant, Aircraftman Frost promptly entered the rear cockpit, which was full of smoke and fumes, in search of the wireless operator. Satisfying himself that no one was there, he climbed out and, nearly exhausted, ran to the front cockpit where Leading Aircraftman Campion was trying to rescue the pilot. Working heroically both men, with great risk to themselves, due to the imminent danger of the petrol tanks exploding, extricated the pilot from the burning wreckage. Shortly afterwards the tanks exploded and the whole aircraft was rapidly burned out. Unfortunately the pilot died later."

Automatically exchanged for the George Cross by the terms of the institution of that award in September 1940 per 5 July 1940, LG. 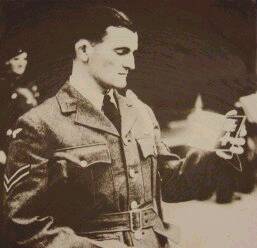