Captain and Hero of the Soviet Union Yegor Kochergin fell on 28 August 1943.

"For exemplary performance of command assignments at the frontline in the struggle against the Nazi invaders and for displaying courage and heroism." 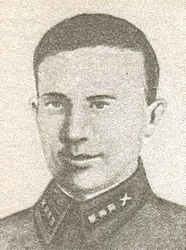