Commissar, full knight of the Order of St.George and Hero of the Soviet Union Grigoriy Ageyev was the commander of the Tula Workers Regiment when he was killed on 30 October 1941.

For the capture of a German trench.

For the capture of a German company commander and his staff.

For continuous fighting on the fronline for a month.

Cross of St. George I class

For merit on the Romanian frontline, near Jassy. 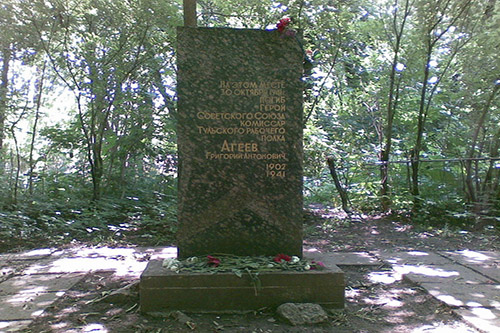