Recommendation:
"Sergeant Bisby was the Wireless Operator of a Halifax detailed to attack Dusseldorf on the night of 3 November, 1943. At 19.42 hours, the aircraft in which he was flying was attacked by an enemy night fighter, later identified as an Me. 210, from below on port quarter. The Rear Gunner gave instructions for his captain to take evasive action. During this attack, the following damage was sustained by our aircraft: rear turret, D.R. compass and intercom unserviceable. At 19.43 hours, a second attack was made by an unidentified aircraft. During this attack, hydraulics, emergency system and W./T. equipment were rendered unserviceable. During this attack, Sergeant Bisby was painfully wounded in the calf of his legs and the Flight Engineer was also wounded in the thigh. At 19.45 hours, a third attack was made by an Me. 210 or Ju. 88 and our aircraft had all the navigational aids rendered unserviceable, tank feeds on the port side holed and both port engines out. The port outer engine was restarted later by the Flight Engineer. At 19.46 hours, the aircraft was attacked for the fourth time by an unidentified aircraft and the elevators were shot away on the port side. Another fire started inside the fuselage during this encounter, which was extinguished by the Mid-Upper Gunner with the assistance of the Flight Engineer. During all these encounters, Sergeant Bisby, although badly wounded in the legs and working under terrific strain, succeeded in temporarily repairing the wireless set. After the aircraft set course for base, Sergeant Bisby obtained a W./T. fix which was the only navigational aid for the whole of the return journey and passed a message to Group. Shortly afterwards, the equipment broke down again and, although he was on the point of collapse, he continued with his job of repairing the damaged W./T. equipment. As all the R./T. equipment was rendered unserviceable during these encounters, the only means of getting permission to land at Woolfox Lodge was by the flashing of an Aldis lamp and Sergeant Bisby, although needing assistance to stand up, obtained permission by this means. Sergeant Bisby, although wounded and in great pain, never once complained to his captain and through his skill and magnificent courage, enabled his captain to return to this country and make a successful landing at Woolfox Lodge. This is undoubtedly a case of exceptional airmanship and devotion to duty and I strongly recommend that he be awarded the Conspicuous Gallantry Medal for his outstanding gallantry. 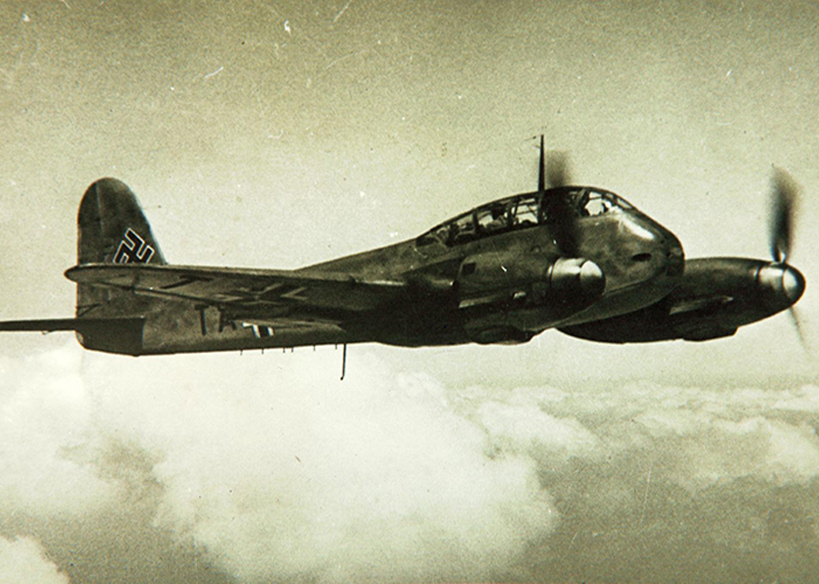