For conspicuous gallantry in action. He led a bombing party with great courage and determination, clearing 600 yards of trench and capturing eighteen prisoners. Later, although wounded, he remained at duty unti lthe Battalion was relieved.

For most conspicuous bravery and skilful handling of the troops under his command during the capture and consolidation of considerably more than the objectives allotted to him, in an attack.

Just prior to the advance Maj. Pearkes -was wounded in the left thigh. Regardless of his wound, he continued to lead his men with the utmost gallantry, despite many obstacles.

At a particular stage of the .attack his further advance was threatened by a strong point which was an objective of the battalion on his left, but which they had not succeeded in capturing. Quickly appreciating the situation, he captured and held this point, thus enabling his further advance to be successfully pushed forward. It was entirely due to his determination
and fearless personality that he was able to maintain his objective with the small number of men at his command against repeated enemy counter-attacks, both his flanks being unprotected for a considerable depth meanwhile.

His appreciation of the situationthroughout and the reports rendered by him were invaluable to his Commanding Officer in making dispositions of troops to hold the position captured.

He showed throughout a supreme contempt of danger and wonderful 'powers of control and leading.

This officer handled his battalion in rmasterly manner, and, with an enveloping movement, completely baffled and overcame the enemy, who were in a very strong position. He then captured a wood, the final objective, which was about 5,000 yards from the start. Before this, however, the men were becoming exhausted, on observing which he at once went into the attack himself, and, by his splendid and fearless example, putnew life into the whole attack, which went forward with a rush and captured 16 enemy guns of all calibres up to 8 inches.

For the part he played in co-ordinating the joint action between the American and Canadian forces as well for his promoting greater understanding and co-operation between the two Commands from the time he became G.O.C.-in-C.

For his services to Canada in the Canadian Armed Forces, as a Minister of the Crown and as former Lieutenant Governor of British Columbia.

For 42 years service in the Canadian Forces. 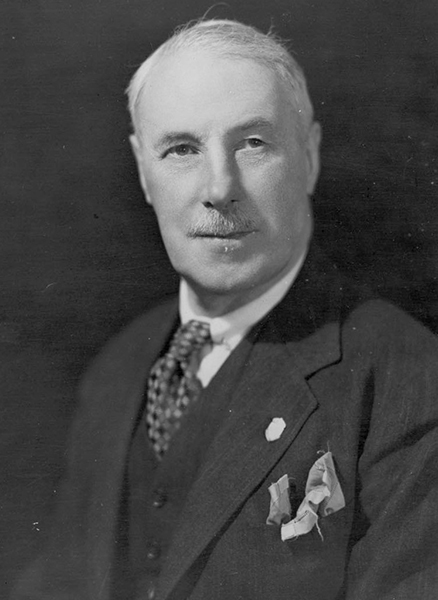