"Captain Lucien E. Conein is cited for meritorious service during the period 1 August 1945 to the cessation of hostilities on 15 August 1945, when he was a member of the Secret Intelligence Branch of the Office of Strategic Services in the China Theater. During this period he comanded a Secret Intelligence commando team composed of American, French and Chinese personel whith the mission of gathering intelligence and harassing the enemy in the vincinity of the citities of Lang-Son and Bong-Xom, French Indo-China. Captain Conein was responsible for the selecting, training and organising of this team as well as the planning of the attack upon Japanese headquarters and garrisons at Lang-Son anf Bong-Xom, French Indo-China. and the succesful execution of the mission. Captain Conein in planning the mission made a reconnaissance of the route to be taken by his team through territory heavily covered by Japanese patrols and garrisons, seven days prior to the operation. The intteligence which he gathered on this reconnaissance was of inestimable value to the success of the mission and in the minimizing of casualties to his forces. When he was threatened by attack from Japanese forces and advised to abandon this area by Chinese and French military commanders, he chose to remain and defend his position against advancing columns of Japanse coming from the North and West. On 9 July 1945, Captain Conein led his forces in a succesful attack upon Lang-Son and the headquarters of the 22nd Japanse Division. After a twenty-threee hour forced march through enemy held territory, he succesfully attacked the Japanse garrison at Bong-Xom and then safely retreated into Chinese territory. These counter-attacks upon the enemy disorganized their forces and stpped their advance toward the threatened portion of China.

His actions were exemplary and inspired all that worked with him, not only his own men, but the Chinese and French commanders who did not believe that the counter-attack could be held. His achievements reflect great credit upon himself and the Armed Forces of the United States."

For his negotiations with Ho Chi Minh in Hanoi, which resulted in the release of several interned French residents. 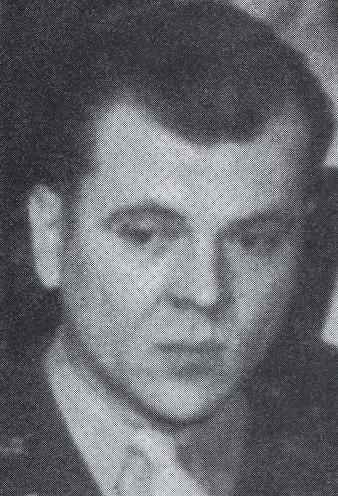