"Company commander (senior mechanic driver) Andrei Serebryakov distinguished himself in battles near Vyborg. On February 12, 1940, in a battle for the village of Kyyurlya, the tanker drove the war machine eight times to attack, suppressing firing points and destroying the enemy's force. By their actions, the crew of the tank created favorable conditions for the onset of the rifle unit. On February 28 1940, during the reconnaissance raid into the depth of enemy defense in the area of ​​Lake Heikurila, Andrei Serebryakov established the location of the eight pillboxes. The tank was hit, but the crew continued to fight until dark. At night, the tankers eliminated the enemy and returned to their unit."

"... On 24.12.39, at the settlement of Terentil, Serebryakov successfully overcame the anti-tank ditch, suppressed several enemy firing points and made three passes in the enemy's wire fences, and on February 23, 1940, he engaged eight times in the battle for Kyyurlya. Returning after the battle, I saw the wounded commander, stopped the tank, took the wounded man under the enemy's fire to the medical battalion...
... Participated in 16 attacks, the tank of Serebryakov had no breakdowns, no stops ... "

"On July 20 1942, Junior Lieutenant A.M. Serebryakov, along with his crew was tasked with evacuating two battle tanks from the battlefield. In the evening they secretly got close to them and the tankmen started preparatory work. However, the enemy discovered the actions of AM Serebryakov's crew and opened machine gun and mortar fire. Despite the shelling, AM Serebryakov decided to continue the work and successfully completed it. After the first tank was taken to the shelter, the crew immediately proceeded to evacuate the second tank, settled in the ravine. This tank was also pulled out and successfully evacuated from the battlefield.

On 27 July, in the northwestern outskirts of the city of Voronezh, AM Serebryakov, as part of a group of three tanks, was tasked to break through the enemy's defense from Voronezh to the village of Podkletnoye. During the attack, the tank of AM Serebryakov was hit and caught fire. The junior lieutenant decided to stay in the tank was burned alive." 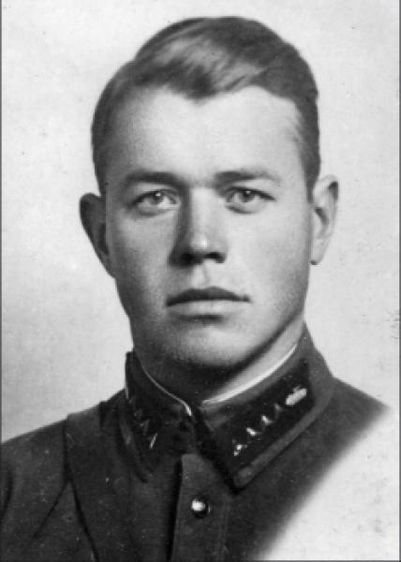 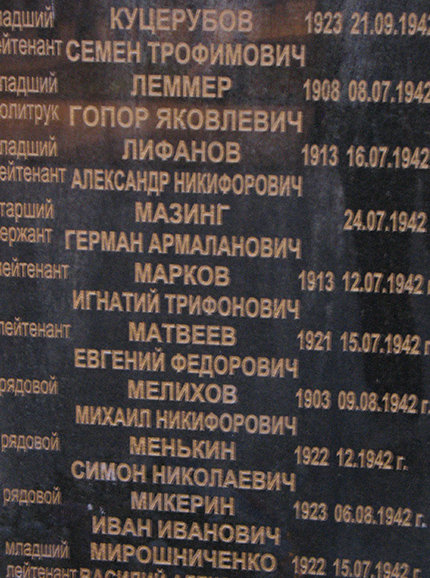