In early 1944 the Soviets launched an attack that broke through the frontline of Grenadier-Regiment 45, and shortly afterwards they engaged the flank of the Regiments II. Bataillon in bitter close combat. After all the officers and NCOs had become casualties, Radermacher took charge of the situation and independently decided to meet the Soviet onslaught with his mortars, as all other attempts at success had failed. Constantly moving his guns to suitable positions, he was able to direct precise and deadly fire into the ranks of the attackers, inflicting high losses. Radermacher then led a counterattack once he judged the time to be right and was able to retake the old German line. In recognition of this success he was decorated with the Knights Cross.

The decoration was presented ot him by Reichsführer-SS Heinrich Himmler personally in the town hall of Ulm on December 12th, 1944.

He received the silver version. 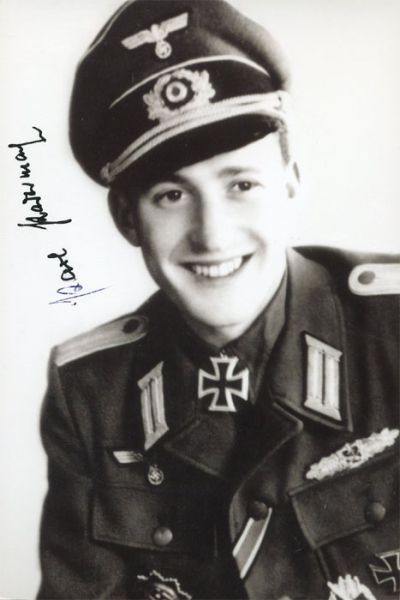 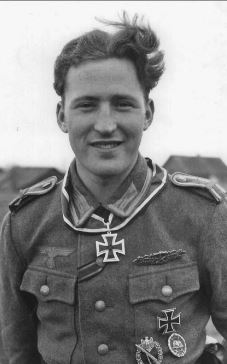 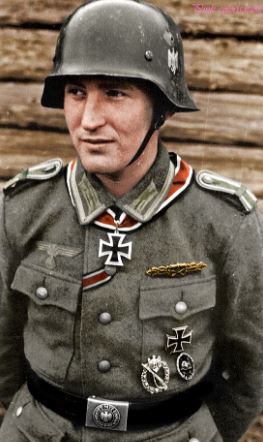