The forward to Schreiber's Knight's Cross recommendation reads as follows...

"On the 08.07.43, the III./SS-Pz.Gren.Rgt. "Deutschland" had the order to secure the main road on both sides of Teterewino. The enemy were holding this area with strong tank support and attacking into the positions of the battalion (in the positions of the Regiment 83 enemy tanks were destroyed). At 16:00 hours the enemy succeeded in breaking into the exposed flank on the left of the III./SS-Pz.Gren.Rgt "Deutschland". The enemy began to dig in.

SS-Hauptsturmführer Schreiber immediately recognized this threat to the Battalion. He collected a Zug from his Kompanie and decided to attack. After a hard and difficult fight, he was able to throw the opponent out of their

positions. SS-Hauptsturmführer Schreiber then exploited the situation further and decided to continue to attack the enemy. He advanced out of his own positions on the high ground and moved into the enemy positions, taking these in a spirited attack. Through this adjustment to their own lines, the battalion now had better positions to deal with the enemy attacks coming in against the SS-Pz.Gren.Rgt. "Deutschland".

Against these positions the enemy met with heavy losses. This is to be attributed to the determination and bravery of SS-Hauptsturmführer Schreiber. Later, on the 09.07.1943 the 2. Regiment of the SS-Pz.Gren.Div. "Leibstandarte Adolf Hitler" would attack the main Belgorod  Kursk railway line out of these recently won positions.

SS-Hauptsturmführer Schreiber was awarded the German Cross in Gold on the 28.03.1943 for his repeated courage. He is typical of the Kompanie-Chiefs, mastering each situation through exceptional leadership qualities. Schreiber is a passionate soldier. 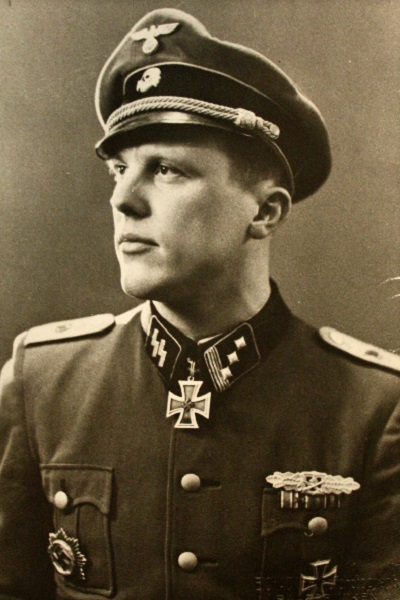