"He displayed extraordinary heroism while commanding a platoon of mobile weapons at Kommerscheidt, Germany, on 4, 5, and 6 November 1944. During the fierce 3-day engagement, he repeatedly braved overwhelming enemy fire in advance of his platoon to direct the fire of his tank destroyer from exposed, dismounted positions. He went on lone reconnaissance missions to discover what opposition his men faced, and on 1 occasion, when fired upon by a hostile machinegun, advanced alone and eliminated the enemy emplacement with a hand grenade. When a strong German attack threatened to overrun friendly positions, he moved through withering artillery, mortar, and small arms fire, reorganized confused infantry units whose leaders had become casualties, and exhorted them to hold firm. Although wounded early in battle, he continued to direct fire from his advanced position until he was disabled by a high-explosive shell which shattered his arm, forcing him to withdraw. He was last seen at a medical aid station which was subsequently captured by the enemy. By his superb courage, inspiring leadership, and indomitable fighting spirit, 1st Lt. Leonard enabled our forces to hold off the enemy attack and was personally responsible for the direction of fire which destroyed 6 German tanks." 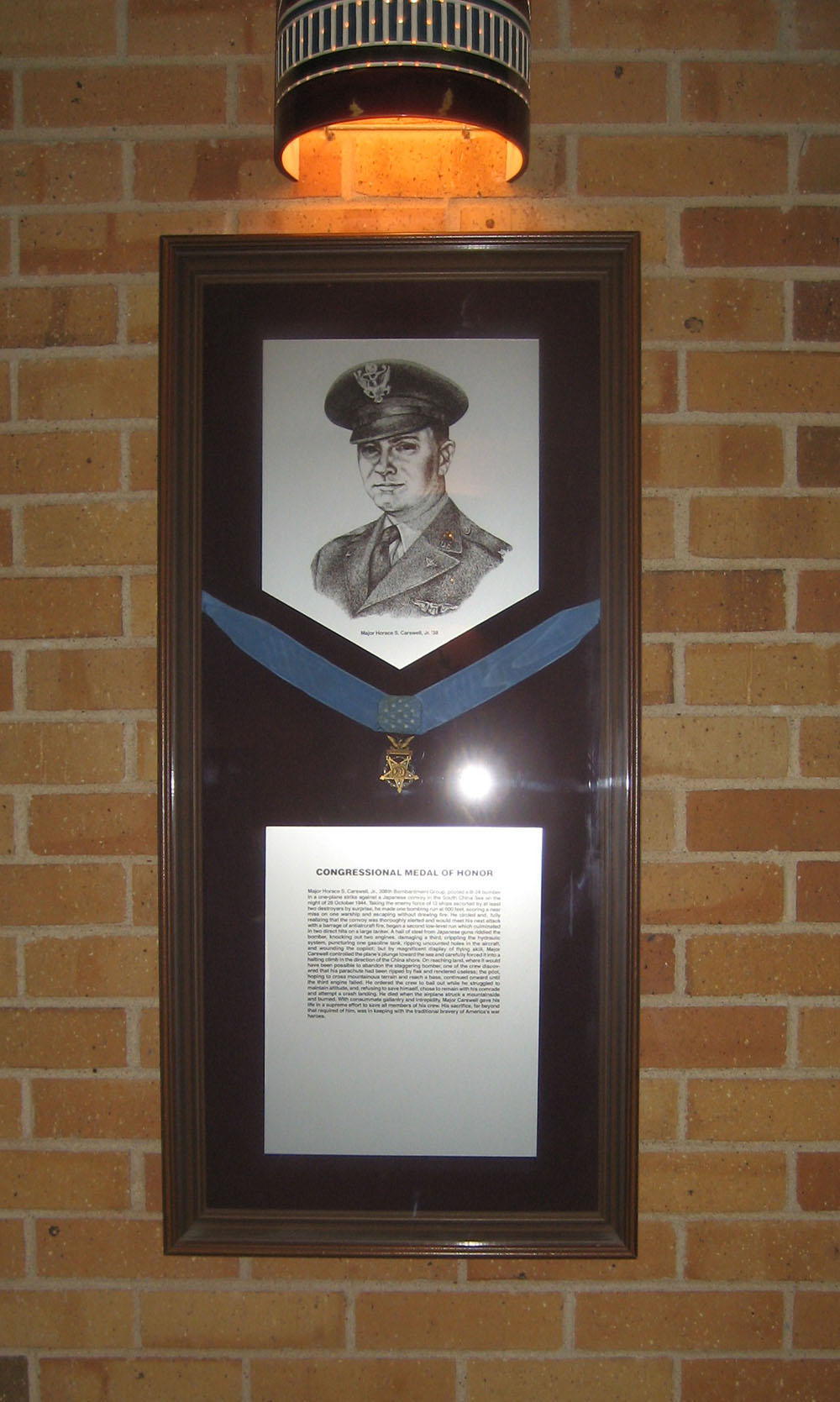