Awarded for his bravery and achievements during the German defense against Operation Market-Garden, in which he was among the first to put up significant resistance against the allies with an alarm unit.

Awarded for his successes during the defensive battles on the western front in early 1945. His skillful leadership was largely responsible for ensuring that the allied attempt at a breakthrough at the southwest edge of the Teutoburg forest towards Ibbenbüren came to nought, and that a new defensive front could be created here.

Later, during the hard defensive battle on the 05-06.04.1945 at Dreierwalde and Hopsten, counterthrusts personally led by Knaust succeeded in destroying 2 enemy tanks, capturing another 2 and capturing a number of prisoners. Though his prosthetic leg was shot up badly in this fight, he continued to lead his Kampfgruppe and thereby permitted the disengagement of the 15. Panzergrenadier-Division.

843rd Award.
Last formally assigned number in the row of the Eichenlaub. 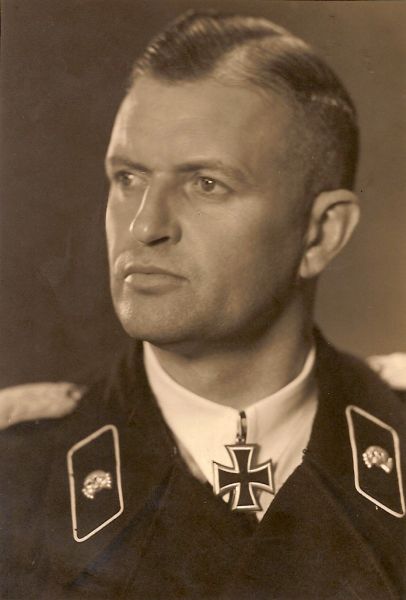