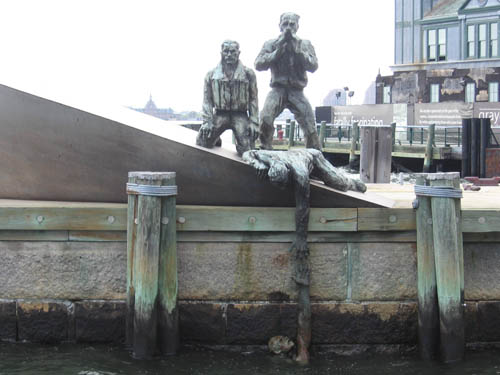 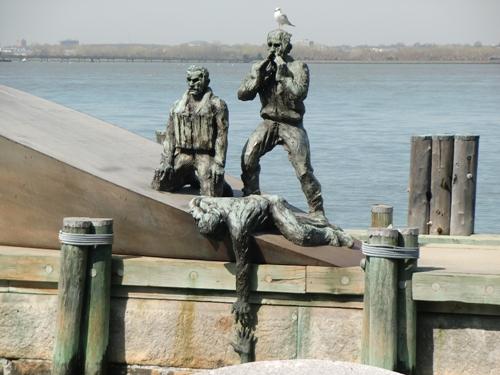 Text on the plaque:
Dedicated to all Merchant Mariners who have served America from the Revolutionary War through the present day. In the prosecution of war and in pursuit of peaceful commerce, unrecognized thousands have lost their lives at sea. Their sacrifices have helped secure America's liberty and prosperity.
The sculpture was inspired by a photography of the victims of a submarine attack on an American merchant ship during World War II. Left to the perils of the sea, the survivors later perished.