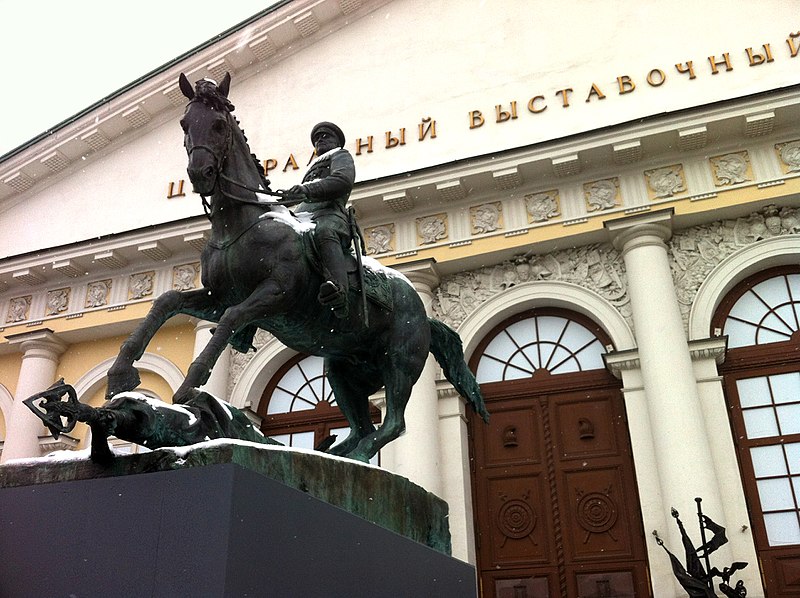 This statue at the entrance of the Moscow Manege commemorates Marshall of the Soviet Union Georgy Konstantinovich Zhukov, who played a key role in the Second World War against Nazi Germany. He was awarded four times the title "Hero of the Soviet Union".