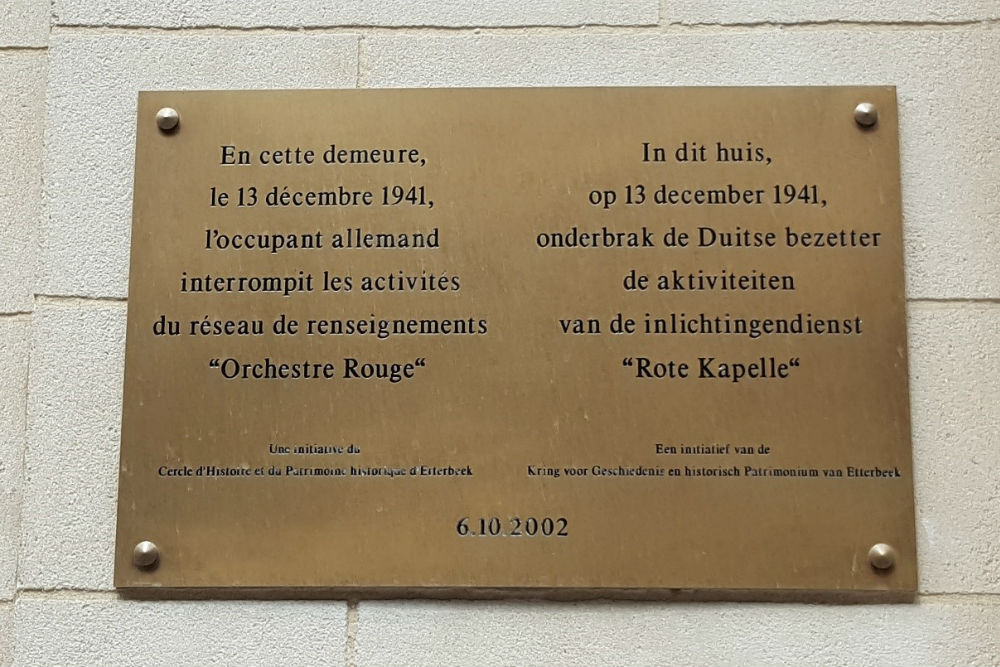 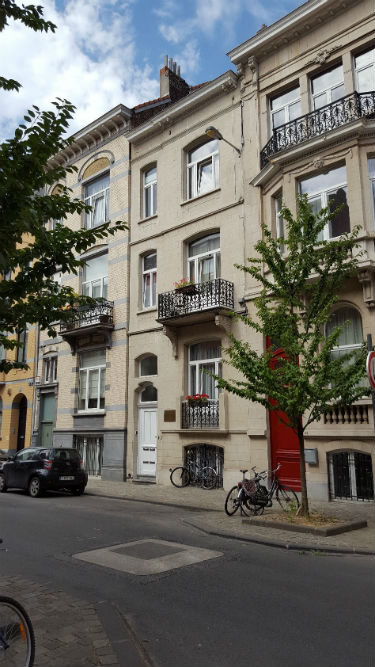 The "Rote Kapelle" (Red Orchestra) was a loose group of anti-Nazi resistance fighters spread throughout Europe with a radio transmission location in Brussels. On 13 December 1941, the Gestapo raided the building arresting and interrogating three people. The raid and interrogations resulted in the Gestapo being able to decipher resistance group messages and locate other anti-Nazi resistance groups in Germany. The site was commemorated in 2002 by the city of Brussels.