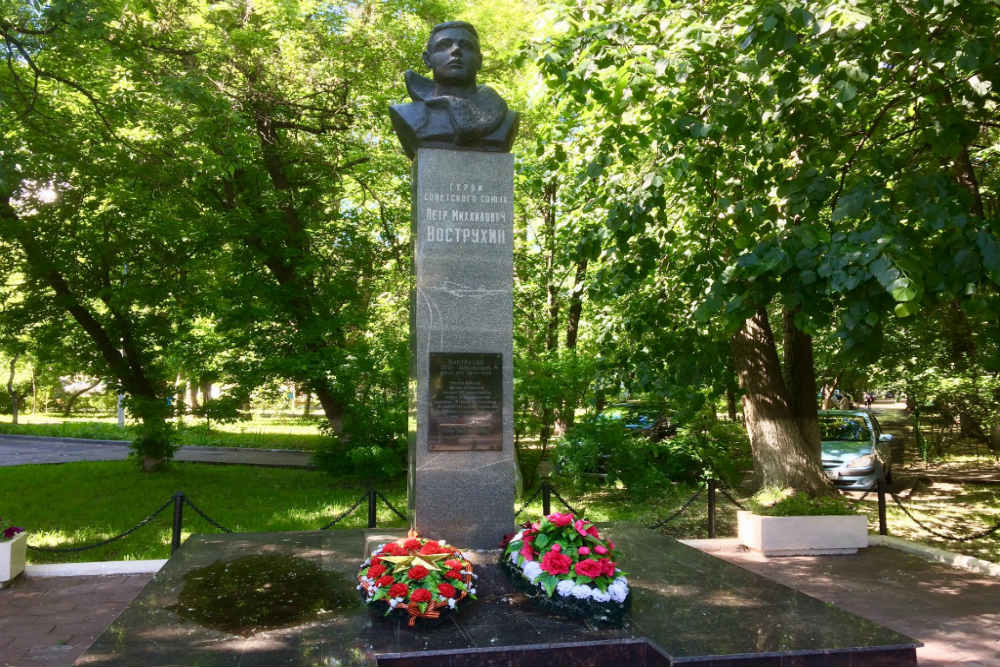 Born July 15, 1921 in the village Vihino now within the precincts of Moscow in a family of peasants. After graduating from the factory school he worked as a turner at the Moscow metallurgical plant "Hammer and Sickle". In the Red Army since 1940. In the same year he graduated from Borisoglebsk military aviation school of pilots and served as an instructor pilot.

In the time of the Second World War he was on the front since October 1942. The Lieutenant Vostrukhin stayed at the front for half a year and made 83 flights, participated in 28 air battles, shot down personally 12, and in the group of 3 enemy aircraft. The title of the Hero of the Soviet Union with the order of Lenin was awarded to Pyotr Mikhailovich Vostrukhin on May 1, 1943. He died 19 Jun 1943 while he was on the combat mission. He was buried in the village Mokhovoe (Zalegoschensky district of Orel region).