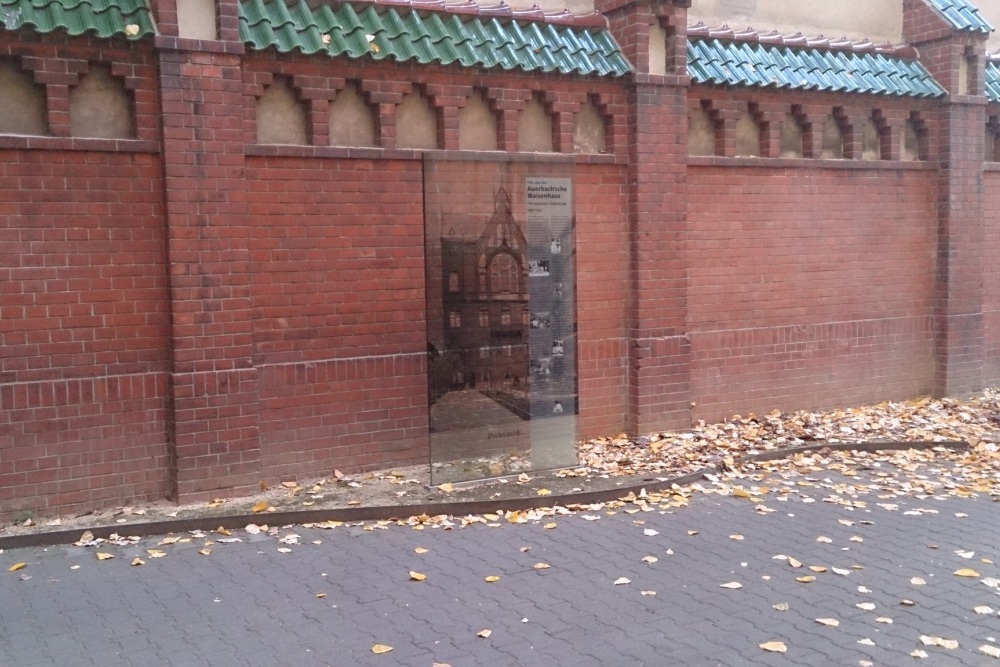 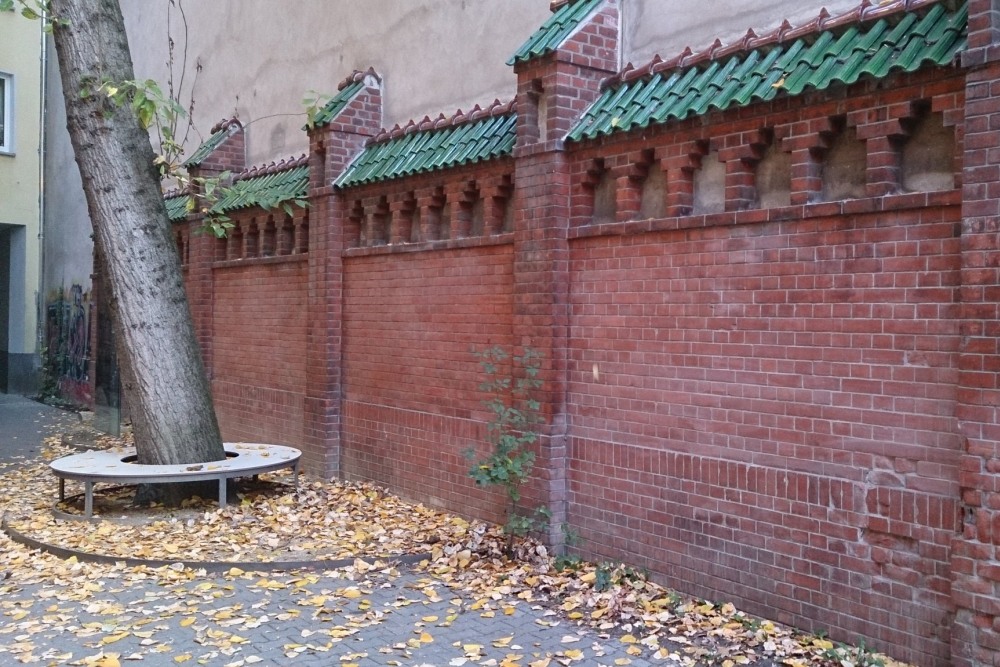 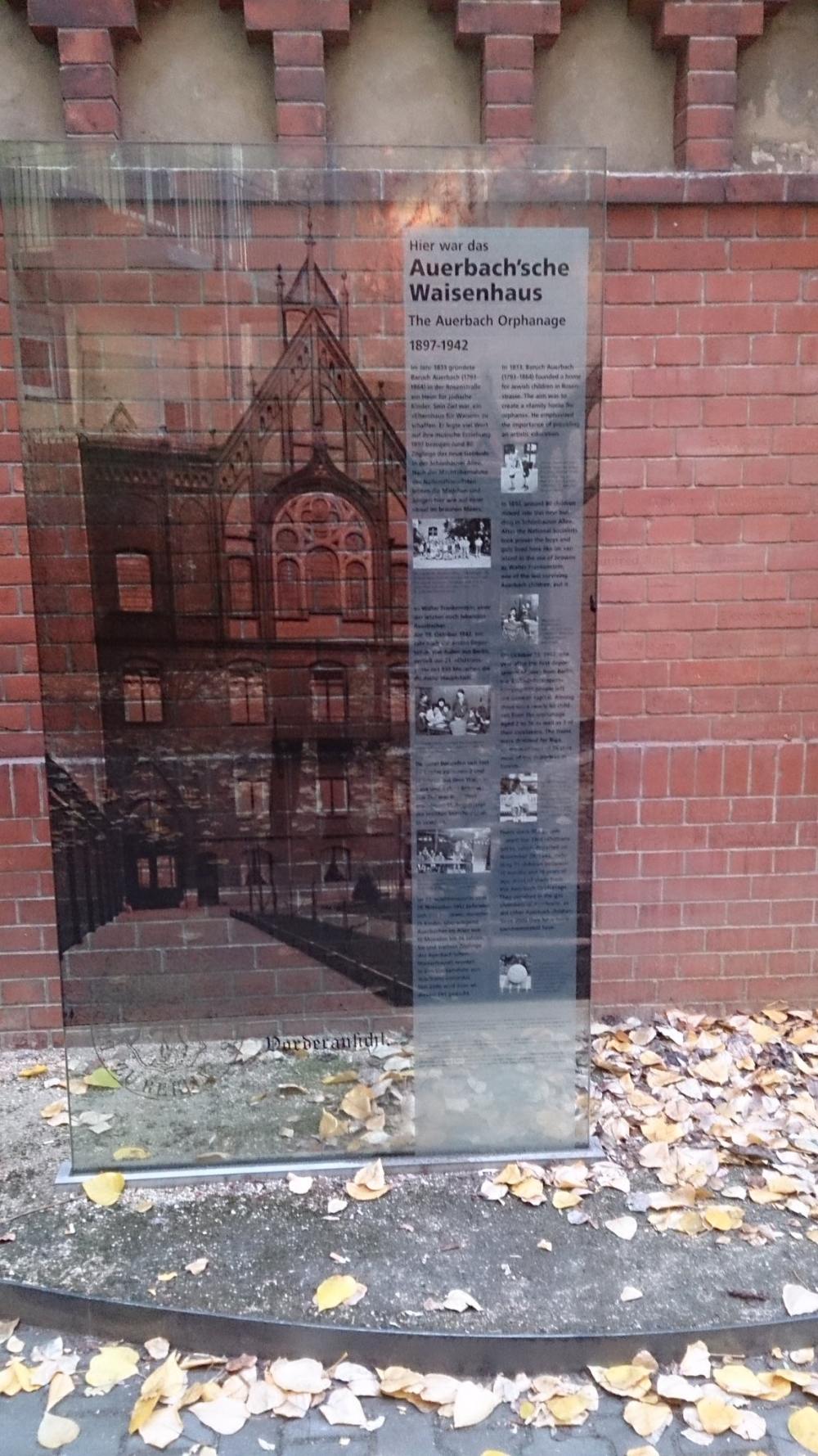 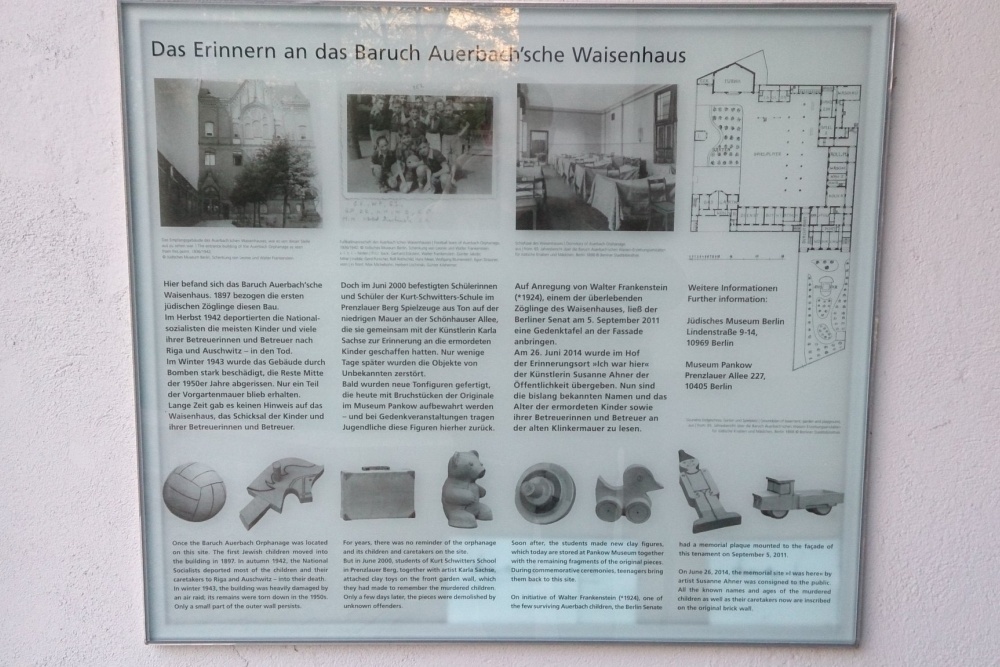 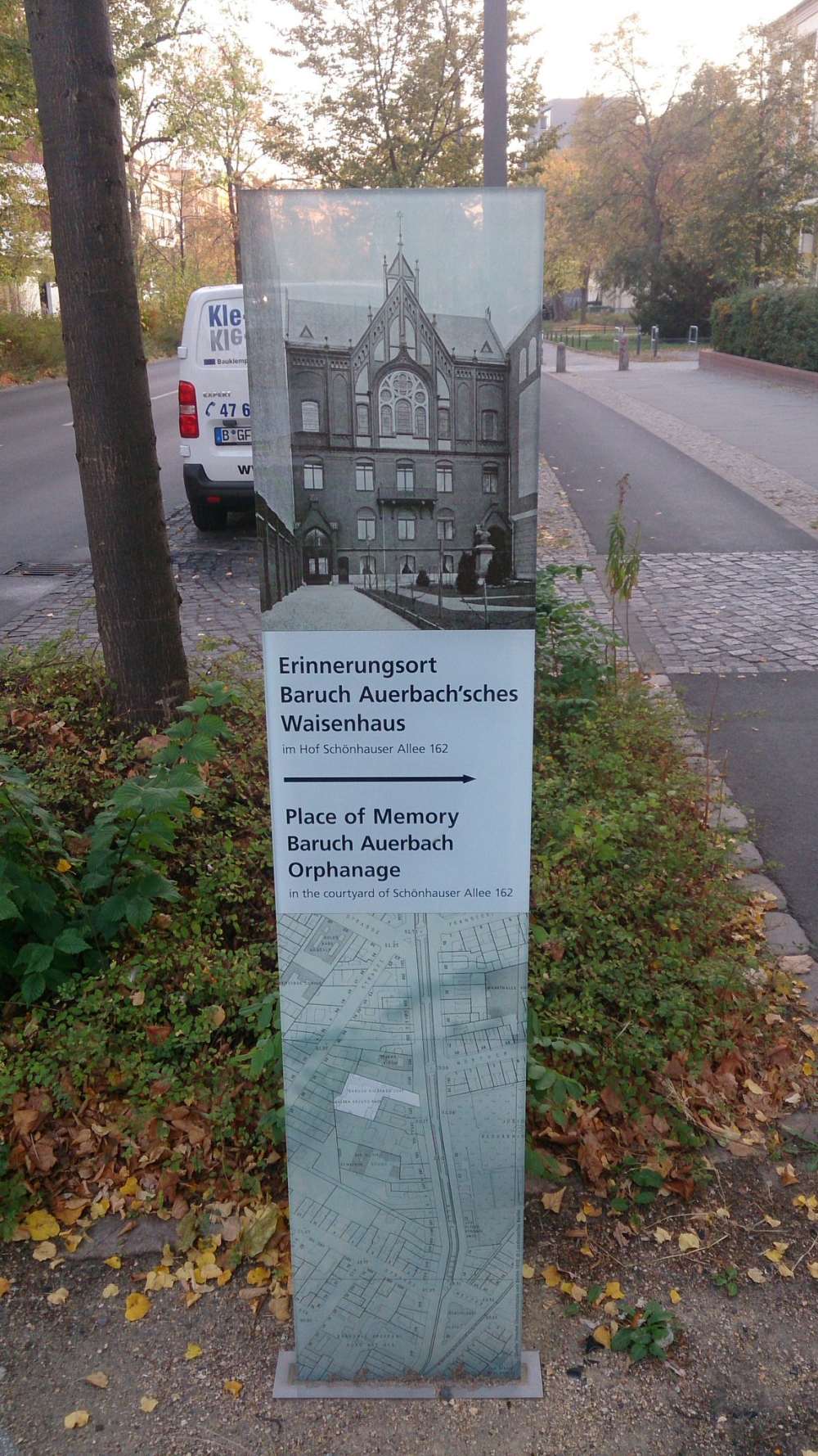 On this location the Jewish orphanage named after the German-Jewish pedagogue Baruch Auerbach (1793-1864) was situated. In the autumn of 1942 all orphans and their caregivers were deported by the Nazi's to Riga and Auschwitz to be killed. The building was damaged by a bombardment in 1943 and demolished in the 1950's. The only that remains is a part of the front garden wall.

From 2000 onwards children of a local school commemorate the fate of the residents of the orphanage. In 2011 a memorial stone was placed on the wall and in 2014 the names of the victims were put on the wall. Nowadays the court yard of Schönhauser Allee 162 is a official memorial site.