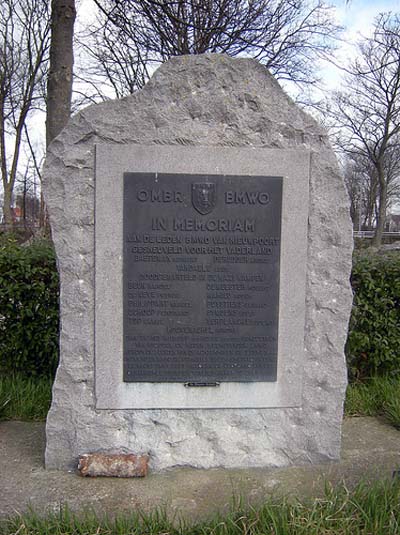 This memorial commemorates the members of BMWO (Belgische Militaire Weerstandsorganisatie) Nieuwpoort who fell during the Second World War. The text on the memorial reads:

To the members BMWO of Nieuwpoort fallen for the Fatherland:

Tortured to death in the nazi camps:

Thanks to the initiative of Roose Léopold, conductor of bridges and roads resistance fighter BMWO, the locks of the inner harbor were demined on 7 Sept 1944 and the destroyed bridge repaired during the night of 9 Sept, which allowed the passage of the allied troops as from 10 Sept 1944."