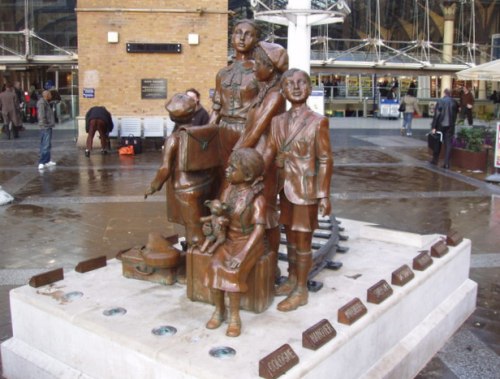 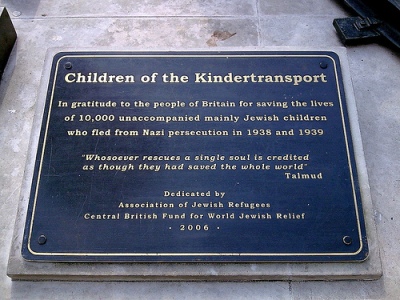 This appealing memorial commemorates the "Kindertransport": thousands of Jewish children from Germany who were send to England in the late 1930s to flew from the Nazi regime. They arrived by boat at Harwich then went by train to London's Liverpool Street Station. Many never saw their parents again.

Text on the plaque:
Children of the Kindertransport

In gratitude to the people of Britain for saving the lives of 10,000 unaccompanied mainly Jewish children who fled from Nazi persecution in 1938 and 1939