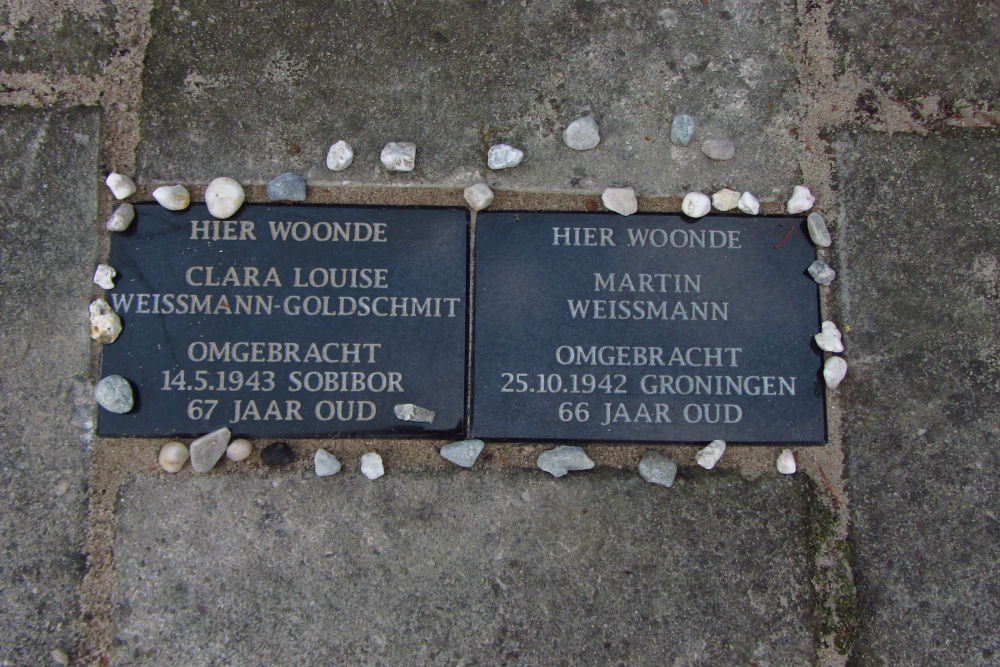 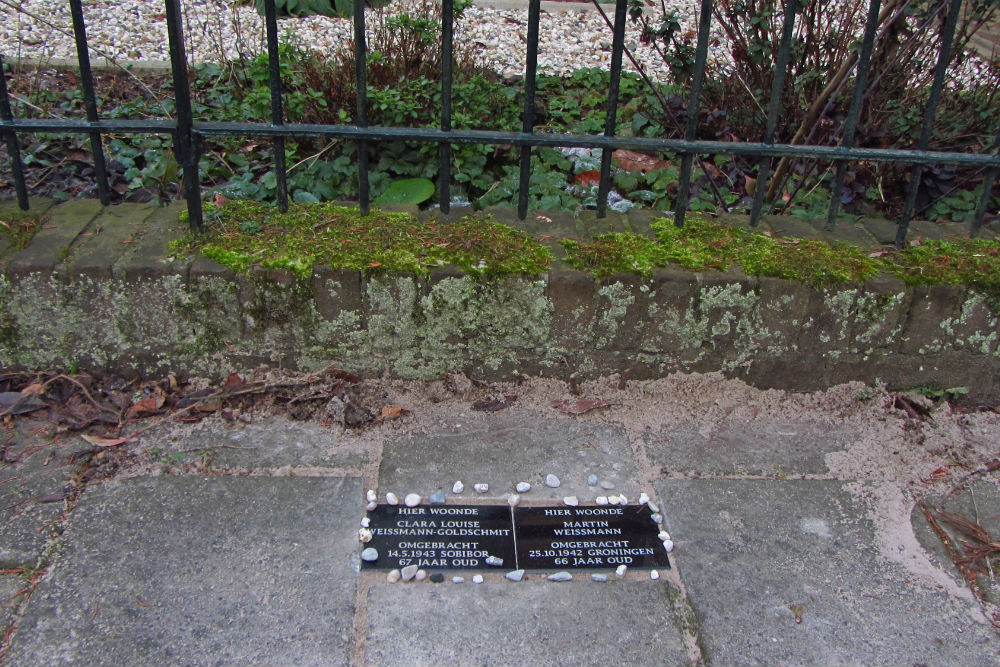 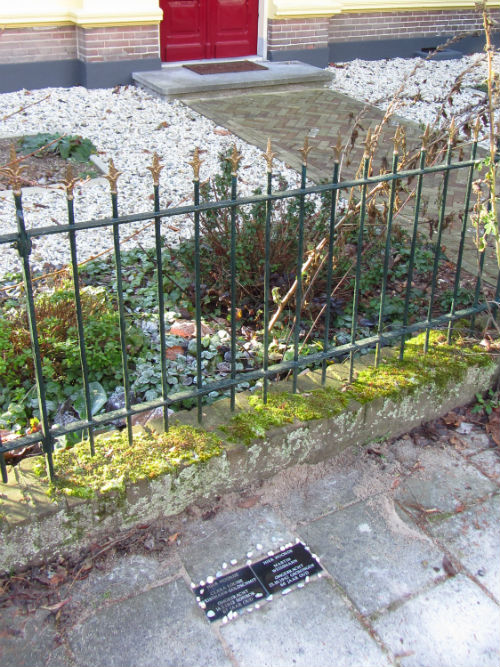 Martin Weissmann is the oldest son of teacher Max Weissmann and Lena Kohlman. Clara Louise Goldschmit is the daughter of wine merchant Rudolph Goldschmit and Therese Löb (later Therese's family adopts the surname Jäger). Martin has a little brother, Felix, who dies at the age of two. His other brother, Hugo (most likely single and without children), was deported to the ghetto in Riga during the war and died there. Clara Louise has one older brother, Gustav Adolph Richard.

Martin is a bank manager. Martin and Clara Louise married on April 4, 1902 in Frankfurt am Main, Germany. They have two sons. Their eldest son, Max, was born in 1903 and survives the war. He is married and like his father a banker. In 1911 the second son is born, this son dies when he is almost two years old.

Between April 1938 and July 1938, Martin and Clara Louise live in the Hogeweg at number 34 in Apeldoorn. In July of that year they return to Germany and a few months later, on December 3, they emigrate again to Apeldoorn. They will then settle in the Regentesselaan at number 42.

Since neither of them have "typical Jewish first names", they must, by order of the Nazis, add a stigmatizing personal name to their own first name from January 1939 onwards. The official name of this regulation is: "Zweite verordnung zur Durchführung des Gesetzes über die veränderung von Familiennamen und Vornamen". This law prescribes that from January 1, 1939 all Jews who are German subjects, but do not bear a 'typical Jewish first name', must add a second personal name to their name (this law therefore also applied to German Jews who had fled Germany). The men are obliged to add "Israel" to their personal names and the women "Sarah". On a list, Martin and Clara Louise can see that their first names are classified as "not typically Jewish."

On October 19, 1940, the couple moved into a house in Bas Backerlaan at number 9. On September 28, 1942, they moved in with the Jewish family Polak, Deventerstraat 51 II. They are arrested a few days after their move. Martin and Clara Louise are awakened and taken away on the night of October 2 to 3, 1942. The couple is subsequently registered in Camp Westerbork.

Shortly after his arrival in Camp Westerbork, where he will stay for a maximum of three weeks, Martin is taken to the university hospital in Groningen. He died there on October 25, 1942. Documents from the Red Cross state that Martin was interned for a short time in Camp Westerbork and then died in Groningen as a result of a bladder operation. It is not clear whether Clara Louise was informed of her husband's death.

Clara Louise will stay in Camp Westerbork for about seven months. On Tuesday 11 May 1943, a train with 1,446 deportees left the camp for Sobibor. Clara Louise is in one of the 35 wagons. Immediately upon arrival on Friday 14 May 1943, Clara Louise is gassed. Only one deportee from this transport survives the war.

After the war, a granddaughter of Martin and Clara Louise files a claim with the CRT (Claims Resolution Tribunal) for the money stolen by the Germans from her grandparents.
The granddaughter refers in the claim to a letter that Clara Louise sent to her son Max before her death, who was then living in San Antonio, Texas.