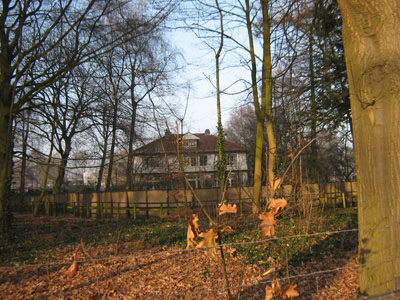 On the northern façade of villa 'Laag Buurlo' a plaque is placed, which commemorates two Canadian soldiers who where killed.

"In house 'Laag Buurlo' (this house) on 14 April 1945 one of the last battles of World War II was fought for the Liberation of the Netherlands. During the battle an enemy artillery shell penetrated the outer walls of house 'Laag Buurlo' killing Captain FJ Sims of the Royal Canadian Rgt and Lieutenant JW Reardon van de 1st Hussars of the Canadese Pantserdivisie.
Requisite in peace."

Both officers are burried on the Canadian War Cemetery at Holten.